Twins 6, Guardians 7: Twins Late Rally Not Enough to Get Past Guardians 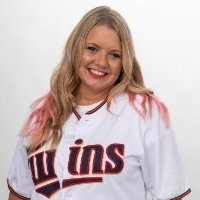