For those who may be new to this game, I’ll give a detailed breakdown.

So when a pitcher faces a batter, three dice are rolled. The white die determines which card will be used; 1 to 3 summons the hitter card, and 4 to 6 summons the pitcher card. The two red dice will determine the outcome of the play. In a standard game, one would switch out the hitter cards for each batter and the pitcher cards during any pitching change. However, for my setup, I will be using the Master Hitting and Master Pitching cards. This prevents the need for a card for each player, which is also great because I’m cheap and hate spending money to buy more stuff! 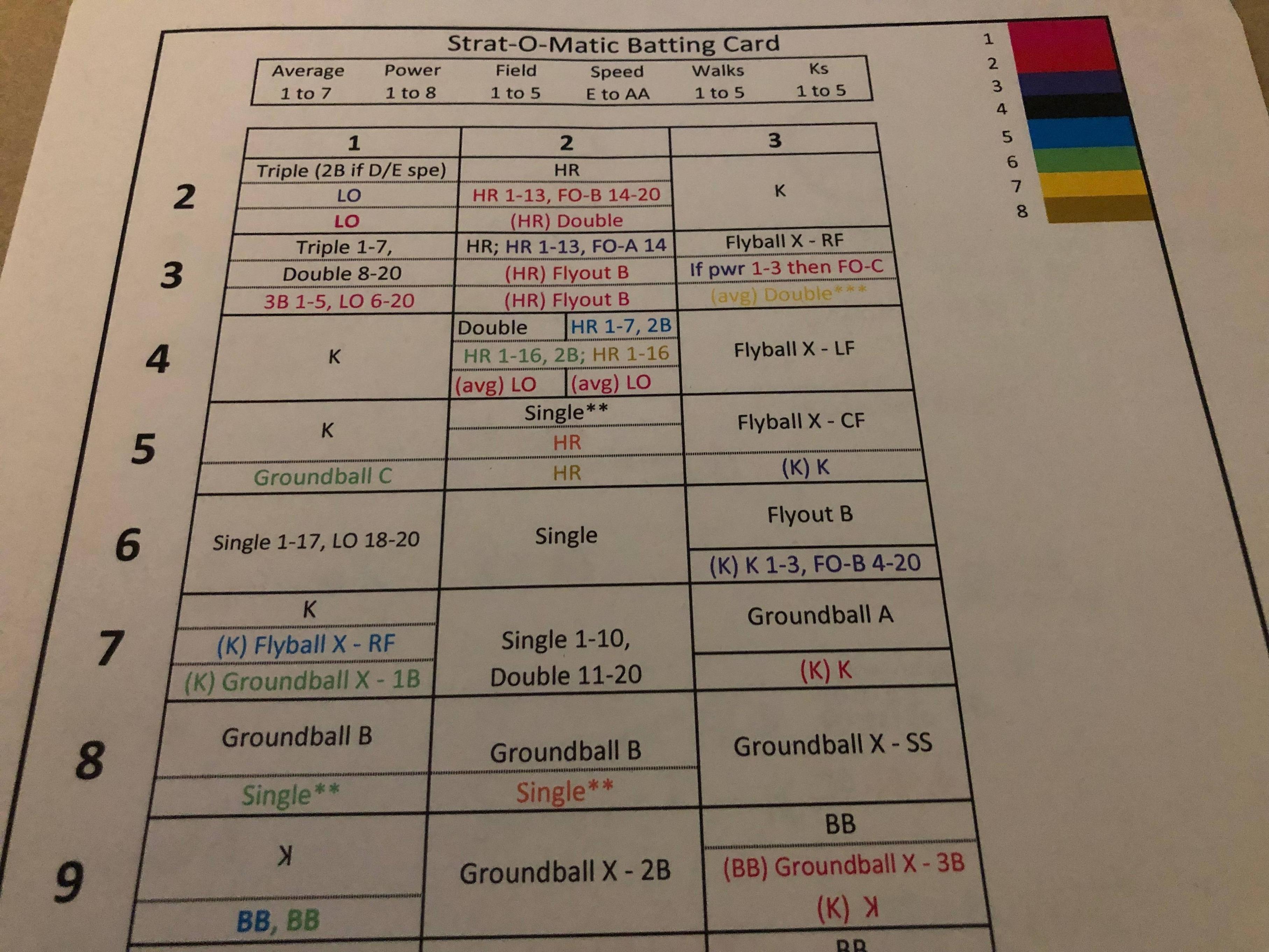 But how random and how varied can each player be if they’re all using the same card? The answer to that would be in the player’s skill level. At the current moment, here are the skills that are recorded:

Hitting 1 to 8 (higher number being the better value)

And for the pitchers:

Here is an example; the current Twins squad: 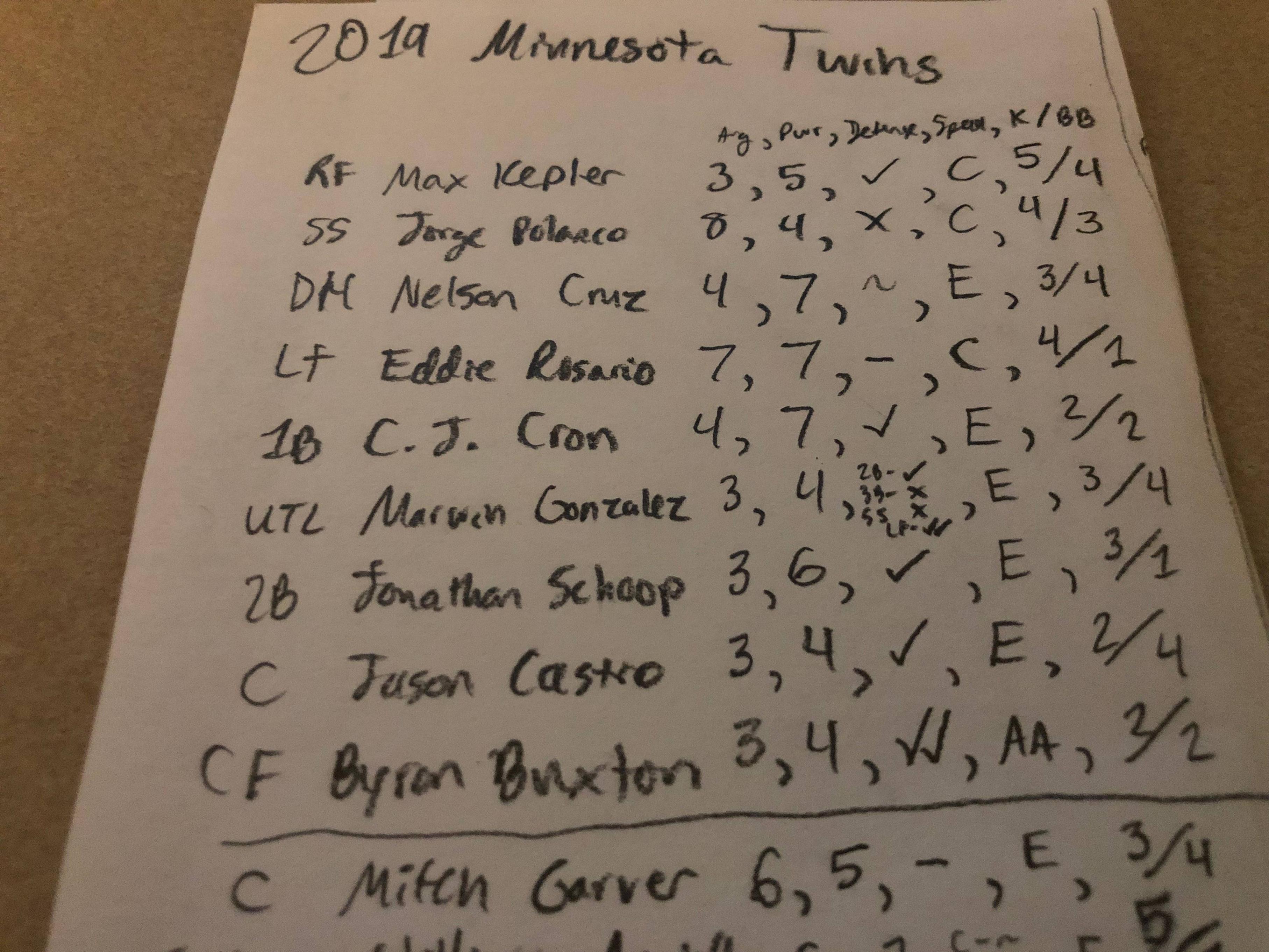 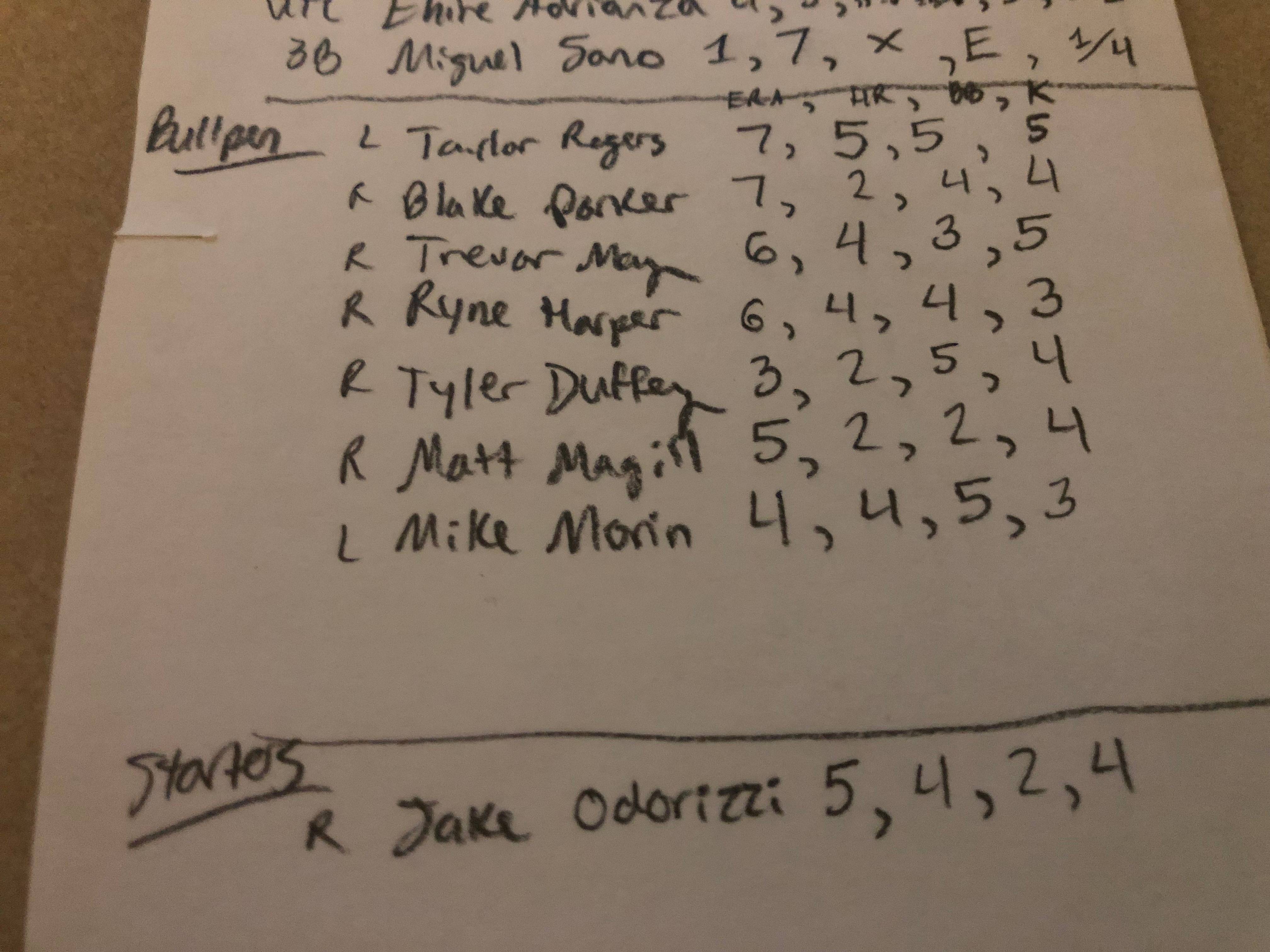 This roster was created with stats from Baseball-Reference with specific cutoffs for each rank for each skill. Now here is a picture of some of the cuttoffs: 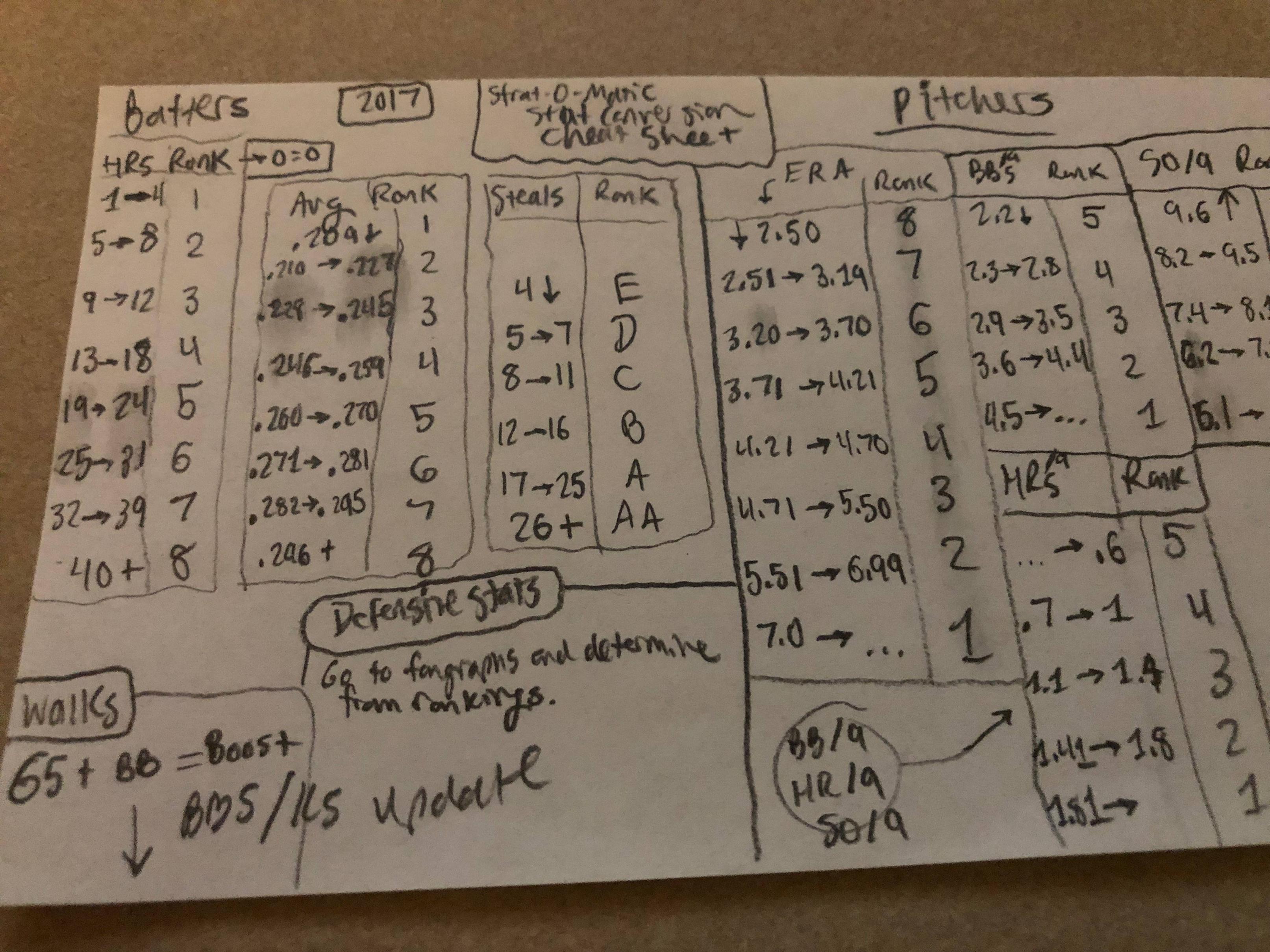 It can take a little while to come up with the teams since I have to research every single player, but this process helps me becoming more informed about other teams’ players

If you’re unfamiliar with Strat-O-Matic baseball, there are also a few supplemental charts. There’s the X-Chart, which either sees a groundball or flyball get hit at a certain position that will be difficult to play. Great defenders will almost always make the play, but the poorer the fielder, the higher chance of an error or a hit (lack of range, I guess). Here’s a screenshot of the X-Chart: 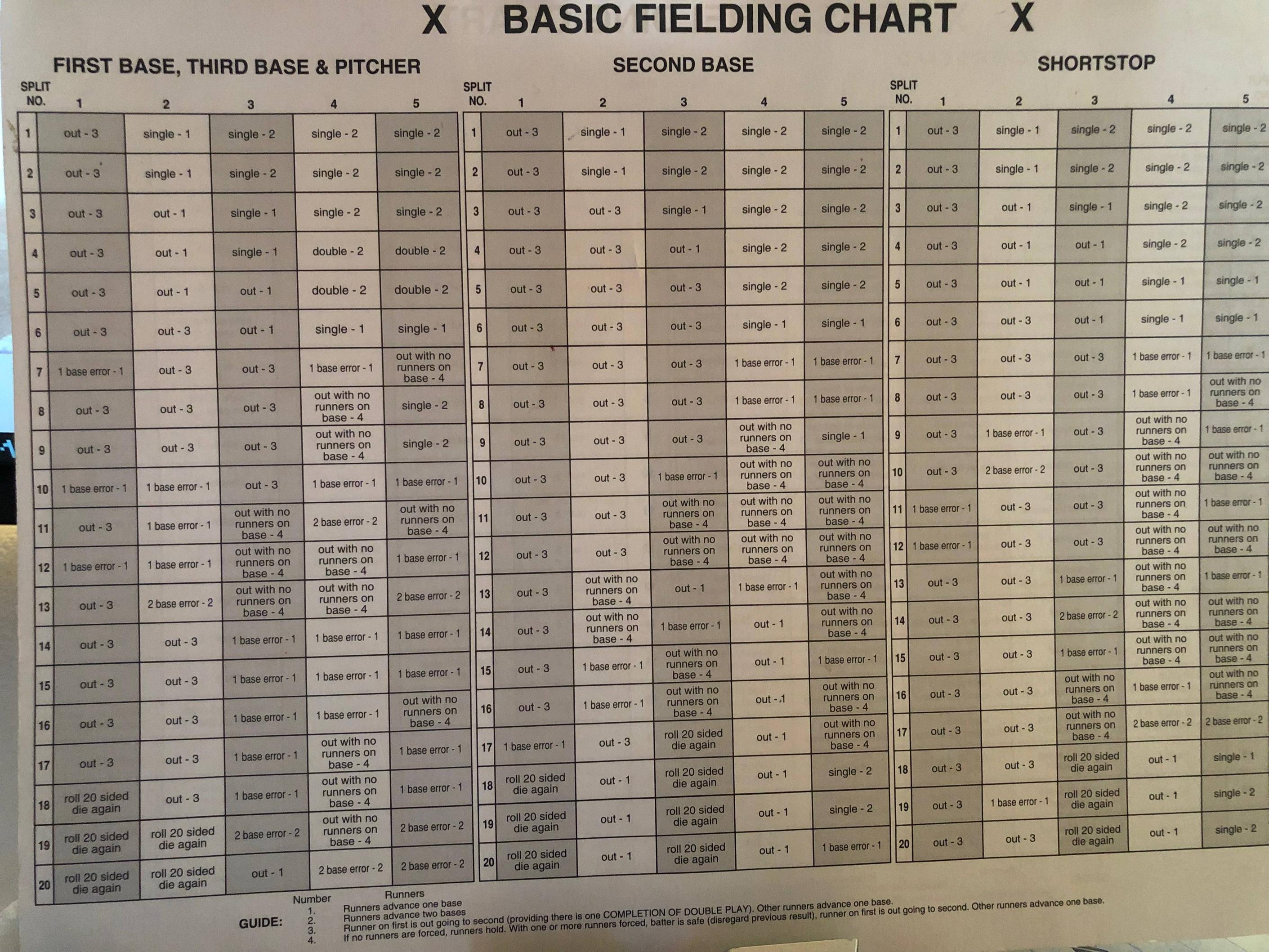 And there’s also the Strategy Chart. This determines how groundballs and flyouts will be fielded, and allows for managers to try bunting, hit-and-run, bringing the infield in, and more. Since I’m playing alone (is that weird to you guys?), I get to decide what strategy for each team might be the best. This also applies to pitching changes and offensive substitutions. Here’s part of the chart: 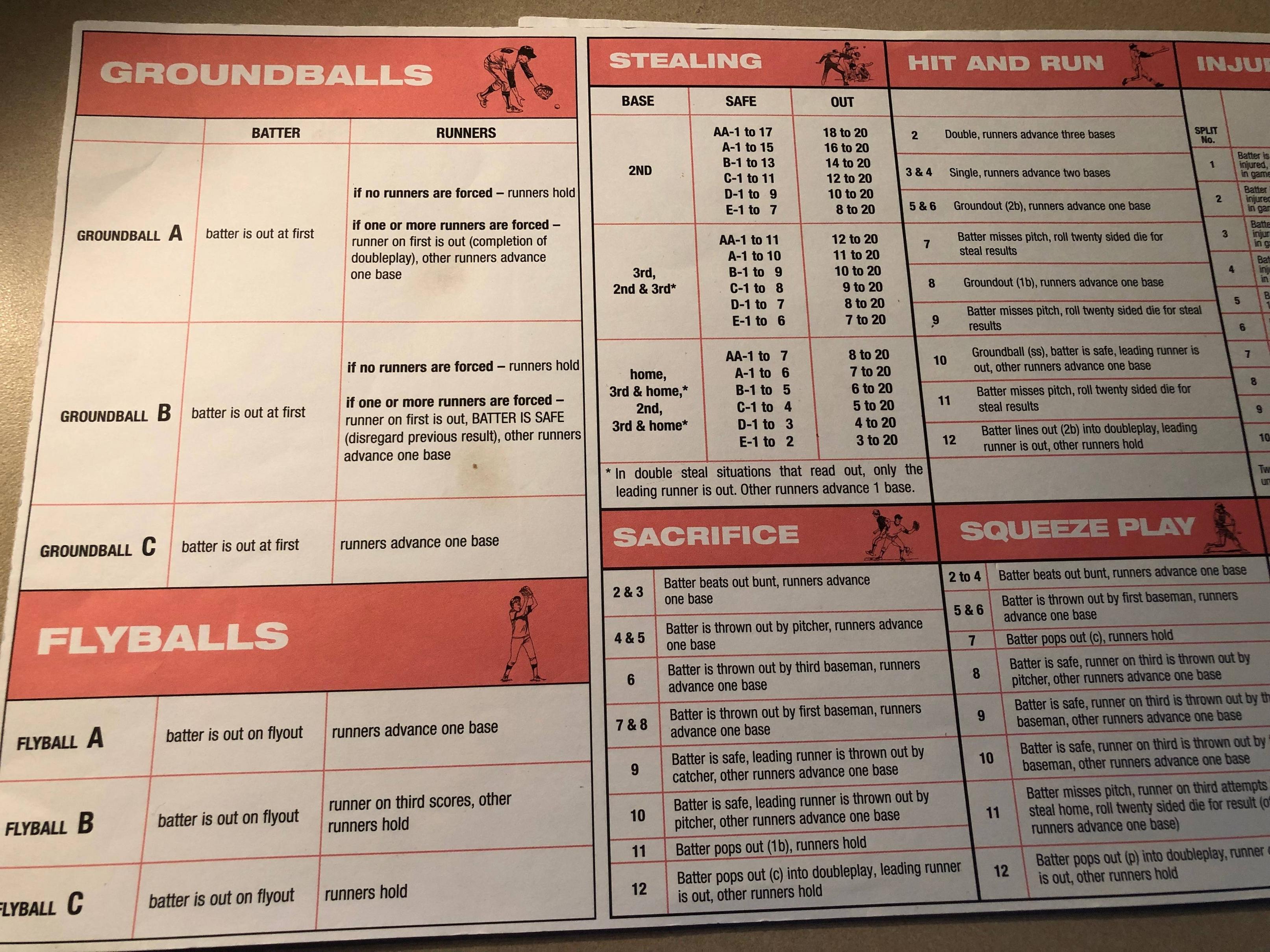 With all this put together, let’s test a plate appearance and see how things work: 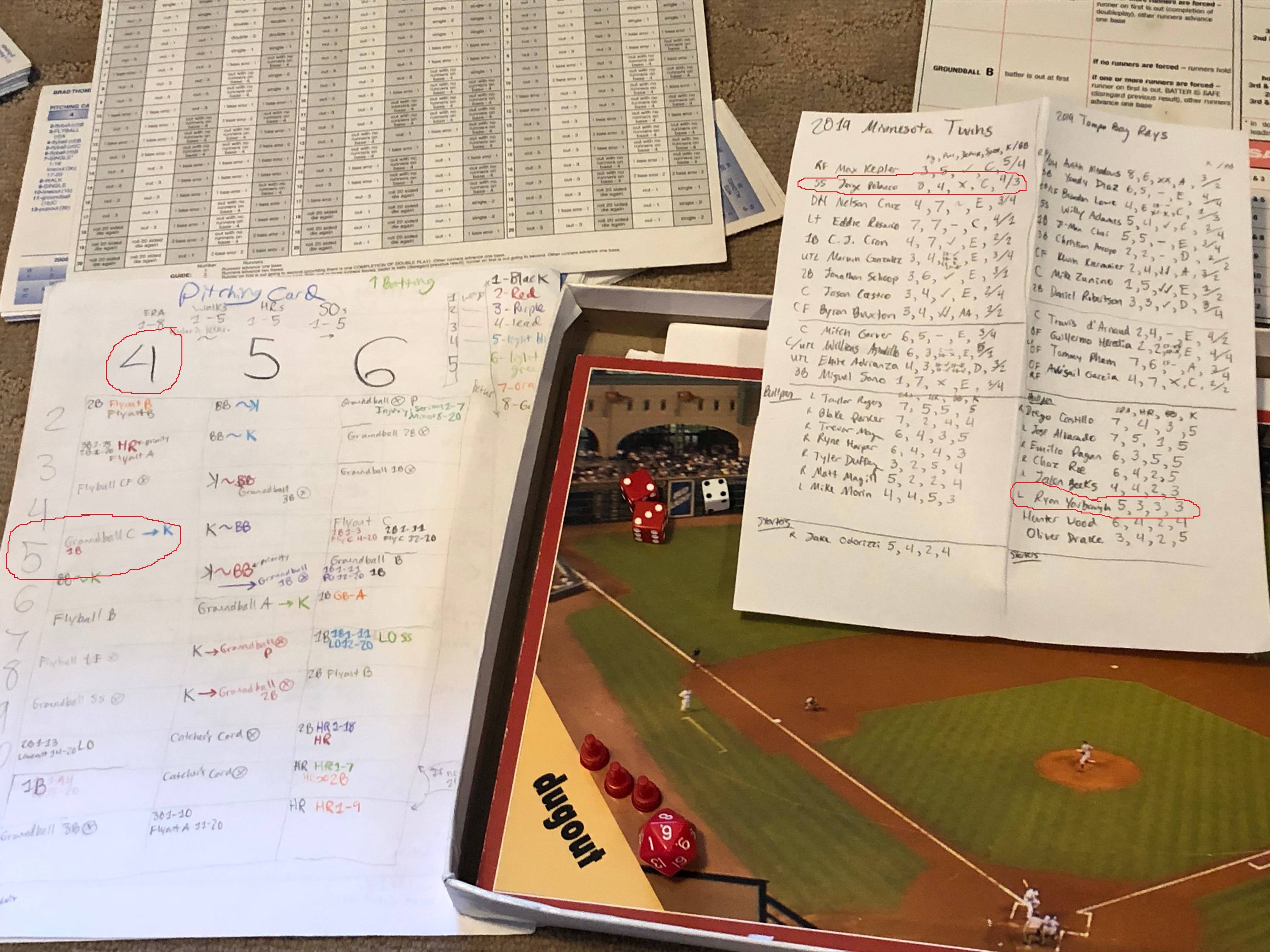 I hope you understand how the Strat-O-System works a little better now, and I’ll be bringing you another game this weekend. Post any questions or suggestions you may have!