As this lockout stretches on I have been thinking back to the last time this happened.  The year was 1994 and Friends had just premiered on NBC, OJ Simpson captured all of our interest while slowly evading police in his white Bronco, and the MLB and MLBPA buzzkilled my fall by killing baseball and the World Series.  I thought it might be fun to take the issues that were being discussed during that work stoppage and see in hindsight who had it right.

In 1994 the owners submitted a drug testing program as part of their proposal for a labor agreement.  Selig commented on this in testimony to Congress later:

Most of you will recall the long players' strike in 1994 and the series of congressional hearings convened to pressure the sport into a settlement. Major League Baseball made a comprehensive proposal on steroid testing during that round of bargaining. It was a sound proposal that reflected foresight on the part of the leadership of the game. But, as those of you who were around in 1994 will remember, the priority was resolving the economic issues facing the game and getting the game back on the field. No one believed that there was significant steroid use in the game at that time.

While MLB gave up way too quickly on this, it was the MLBPA that pushed back.  David Cone, a rep for the players at the time, had some negative memories of his experience:

The former pitcher was on the union's negotiating team during the 1994-95 strike, when management proposed drug testing and the players' association successfully fought it off.

"Certainly in retrospect, I think there's plenty of blame to go around. Certainly I share some of that blame as being involved with the players' association at that time," Cone said Wednesday. "It's something I'm not proud of. It's humbling. It's embarrassing."

In retrospect, with all of the issues impacting the Hall of Fame and the steroid class that followed I would say that the players truly screwed up this part of the negotiations.

As part of their proposal to the players the MLB was willing to reduce the years of team control from 6 years to 4 years:

Permit players with four to six years of major league service to become free agents, compared to the six years now required, but would allow a player’s current club to retain him by matching his highest offer.

The players maintained a hardline opposition to a hard cap, which the owners had tied this proposal to, and ultimately rejected it.  In 2022 they have given up on their request to remove 1 year of team control and are now shooting for more Super 2 status.  In addition, the good, young players of this generation are feeling some pressure to sign early extensions that are team friendly because of the team control and I bet they would appreciate being 2 years closer to free agency now.  Another loss in hindsight for the players.

In 1994 the owners submitted a proposal where they would split revenues with the players 50/50 in exchange for a hard cap across all team.  The players rejected this equal distribution of revenue and instead compromised on a luxury tax that is not based on revenue and has effectively been used as a cap since.  In 2021, the payroll for all teams was roughly $4B while the revenue for all teams was roughly $12B.  My math has that at a 33% distribution which means the revered Donald Fehr and the MLB Players negotiated themselves a deal where they earn 17% less revenue.  In 2021 that means the players could have earned $2B more under the owners 1994 proposal.  I don't think that all would have gone to the best players either because even with all that new obligation I would think that the Angels would not increase the money they pay Trout from $37M a year to $56M a year and it would likely mean a lot bigger floor of minimum salaries to meet the %50 revenue obligation.  I would call this a 3rd strike for players.

In short, we wouldn't have had the steroid era as badly, players could be free agents 2 years quicker, players would be making 50% more, and we would have had a 1994 World Series if the players hadn't declared a strike and accepted the owners offer.  If only Mr. Peabody's Wayback machine was real? 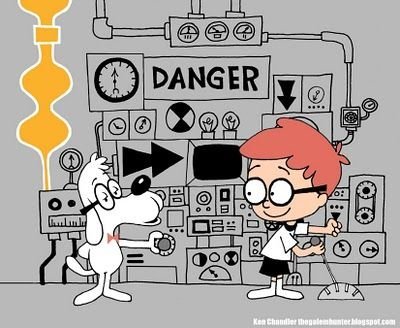