Following the disappointing series loss to the Texas Rangers,

I released part one of my trade value rankings of current Major Leaguers on the Twins roster. The first part of this series was littered with names that are either unlikely to be moved, like Josh Donaldson, or by players who wouldn't fetch much in return like Alex Colome. However, the Twins have plenty of talent on this team that have the potential to get a good haul of prospects or young MLB talent in return, and you will start to see some of those names today. As I said a few days ago, there is a chance that the Twins turn it around, but going 1-1 against Detroit doesn't help.

Happ was signed on a one year deal this past offseason, and the salary is modest at only 8 million dollars. By the time Happ will be moved, there will be less than five million left on the hook for the southpaw. Much like Robles, the odds that Happ is moved if the Twins continue down this path is extremely likely. Happ has pitched very well thus far, earning 0.8 WAR in 28.1 IP. Happ isn't getting the strikeouts that he has in the past at only 5.1 per 9 innings, but he's limiting hard contact, and doesn't give away free passes. He can fit in as a number three or four starter for a playoff team, and the prospect return would be modest, likely between 15-20 MLB pipeline ranking, depending on the farm system strength.

Kepler was another rebound hopefully that the front office had faith in, and rightfully so. Kepler had a breakout year in 2019, and was a main cog at the top of the order. However, he fell off in 2020, OPSing only .760, which is only a hair above league average. 2021 hasn't been any kinder to the German outfielder, hitting only .213. Another issue with Max is that his strikeout rate has climbed 3% since 2019 to 21%. Max is still a very good corner outfielder, and has been using his legs on the base-path more than we've seen in the past with four stolen bases. However, Kepler is signed through 2023, and has a team option in the 2024 season. The money isn't outrageous at an average of of 8.5M, but the length may scare some teams away if he truly is only a league average outfielder.

Mitch Garver was an MVP candidate in 2019 due to his rare power behind the plate. Garver had an insane home run per at bat rate at 9.9%, while being an above average pitch framer. He also took home the Silver Slugger award for his prowess at the plate. However, much like many other Twins on this list, Garver struggled in 2020. We know Garver was battling an injury, and much like Jorge Polanco, we assumed that all would be fine in 2021. While the power has reappeared for the right hander, he is still swinging and missing a lot, and the pitch framing is more average than good now. When Garver hits the ball, he hits it extremely hard, but at this point he is more of a boom or bust type of hitter than anything else. Garver is still under team control in 2022 and 2023 at a cheap salary, which makes him more valuable to buying teams. I believe that if the Twins continue to struggle this season, Garver will be moved and the Twins will attempt to build around Ryan Jeffers.

Duffey was one of the best relievers in baseball the past few years and had the trust of manager Rocco Baldelli as the 'fireman' arm. We often saw Duffey come into high leverage spots in the middle of games, and Duffey would get out of the inning without allowing a run. We've seen Tyler get the same opportunities into 2021, but like the rest of the Twins bullpen arms, he is not having the same success at stranding inherited runners. Duffey has one more year of team control remaining, so it is possible that the Twins take this up as a 'retooling" year, as Duffey would only be in line to make between 3-4 million dollars in 2022. However, this extra year of team control makes him more attractive to a potential buyer. I think if the Twins can fight back to a few games below .500 by the ASG, the Twins will opt to keep Duffey, but if they're 5+ games out, he'll be moved. 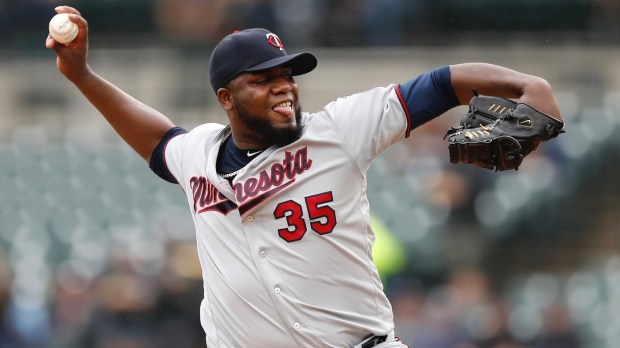 The final player on the second edition of this list is Michael Pineda, better known around Twins territory as Big Mike. Pineda was brought in while recovering from an arm injury, and then was hit with a PED suspension, but Pineda has been as consistent of a mid-rotation starter as you'll find. He's not going to get a ton of strikeouts, but you know he's going to give you at least five good innings and keep your team in the ballgame. Pineda is on an expiring deal which will limit the prospect return, but he's a definite playoff starter on any rotation in the league (besides the Dodgers, doesn't count). Much like J.A. Happ, I expect Pineda to be dealt barring a drastic turnaround.