TwinsTakes on Trusting the Process - Part 1 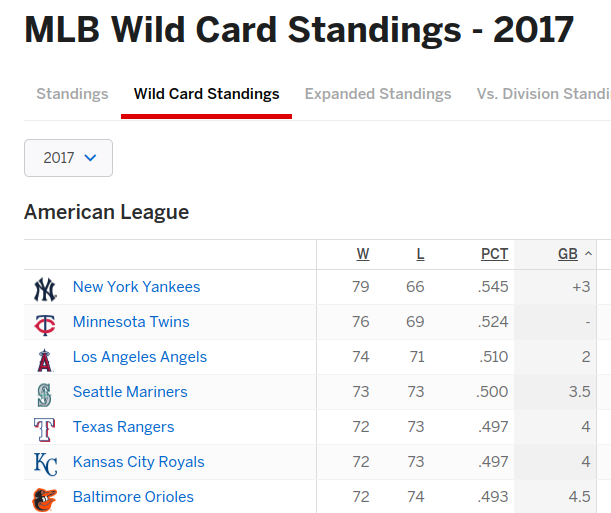 There are no shortcuts to winning. Trust the Process!

The Minnesota Twins are near the end of a season where they are contending for the playoffs. When the Trade Deadline passed on July 31st, Chief Baseball Officer Derek Falvey and General Manager Thad Levine had to make a big decision. Buy or Sell? Were the Minnesota Twins ready to compete for a playoff spot? The answer to that question would lead to another question. If they thought there were ready, what do they trade for to help their team make the playoffs? If they thought they weren’t ready, who do they trade away to get help for the future?

After the All-Star Break, the Minnesota Twins, with a record of 45-44, had some playoff caliber teams in the Houston Astros, the New York Yankees and the Los Angeles Dodgers on their schedule. Two of those teams already had 60 or more wins on the season, the Astros (60-29) & the Dodgers (61-29,) so there was a measuring stick to help Mr. Falvey & Mr. Levine make a decision for what to do at the trade deadline. Compete with the best teams in the league and get some help for the stretch run or get overmatched and see some veterans shipped out hurting your chances at the playoffs this season?

Alternating wins and losses, including losing a series at home to the Detroit Tigers, showed they might need some help so a trade was completed for Atlanta Braves LHP Jaime (Hy-me) Garcia. They would proceed to go 1-5 getting swept by the Dodgers and lose 2 of 3 in Oakland with the only win coming from their newly acquired lefty pitcher. They were 3 games under .500 at 50-53, 6.5 games out of 1st place in the American League Central and 4.5 games out of a Wild Card spot with 5 teams ahead of them on the day before the deadline.

That made Derek Falvey and Thad Levine’s decision pretty simple, trade away some assets and get what you can. This team didn’t look ready to make that push for the postseason. Just acquired LHP Jaime Garcia was traded to the New York Yankees and All-Star closer RHP Brandon Kintzler was traded to the Washington Nationals.
Those trades didn’t make the players happy and they would respond by having their best month of the season with a bunch of guys leading the way, veterans Joe Mauer, Brian Dozier, Eduardo Escobar, Ervin Santana & Bartolo Colon and young core players Eddie Rosario, Byron Buxton, Jorge Polanco, & Jose Berrios.

A 26-16 record since the July 31st Trade Deadline has put the Minnesota Twins right back into the thick of the playoff race, currently holding the 2nd wild card with the Los Angeles Angels 2 games back, the Seattle Mariners 3.5 games back, the Texas Rangers and Kansas City Royals 4 games back, and the Baltimore Orioles only 4.5 games back. Being in the hunt for the playoffs is allowing this team to get the experience you’d want a young rebuilding team to get in order to take that next step.

Derek Falvey & Thad Levine had a tough decision to make with their team only 1 game over .500. They decided to send a message thinking their team deserved some help so they acquired a veteran starting pitcher in RHP Jaime Garcia to see if it could help them get over the hump. Even before that, they signed RHP Bartolo Colon to a minor-league contract after he was released by the Atlanta Braves in the hopes he could help a young starting rotation with his veteran leadership and his pitching savvy.

They may have sent another message by only trading players facing free agency and keeping the established core veterans like Ervin Santana & Brian Dozier. They were still giving their team a chance to compete:
“We weren’t looking to tear this thing apart,” Falvey said. “Our goal was to find ways to keep an eye on the future at that moment in time, but no one waved a white flag. No one said, ‘This team can’t compete.’ We just knew that, by and large, we were going to give ourselves a chance to get to the playoffs with the group that we had here.”
With all of these moves, including the moves they didn’t make, Derek Falvey, Thad Levine, and the Minnesota Twins are trusting the process of building a winning team, a winning organization and winning players.

The phrase, Trust the Process, is heard a lot in professional sports but it really is a part of everything we do in life. It’s all around us, in our education, in our jobs, in our relationships, and pretty much in everything we see and hear every day. It is probably heard from leaders most often because they’ve gone through the process and they know there is no other way to achieve success. They’ve done it and have seen people, groups, and organizations try taking shortcuts to speed up the process in one way or another and fail.

We’ll get into that process in the next article….

Thanks for reading our TwinsTakes! We’d love to hear your TwinsTakes on this season’s Minnesota Twins. Will they make the playoffs? Do they have the core pieces to be a perennial playoff team and championship contender? Please comment below or reply to this article’s post on Twitter, Facebook, Instagram, or Google+!