I cannot claim original ownership of this, I merely stumbled across this the other day.  However as we embark across another Spring with thousands of players readying themselves for the most humbling game I know of on this earth, I thought I would like to say a small prayer for our boys.  Not just our beloved Twins, but ALL young men who's drive and passion for this game bring us such profound and indelible feeling, emotions, and memories.  "God is in the details". A phrase that to this day holds a place preeminent in the baseball pantheon of lore.   My son's favorite phrase is Philippians 4:13 (it's even stitched into his glove). 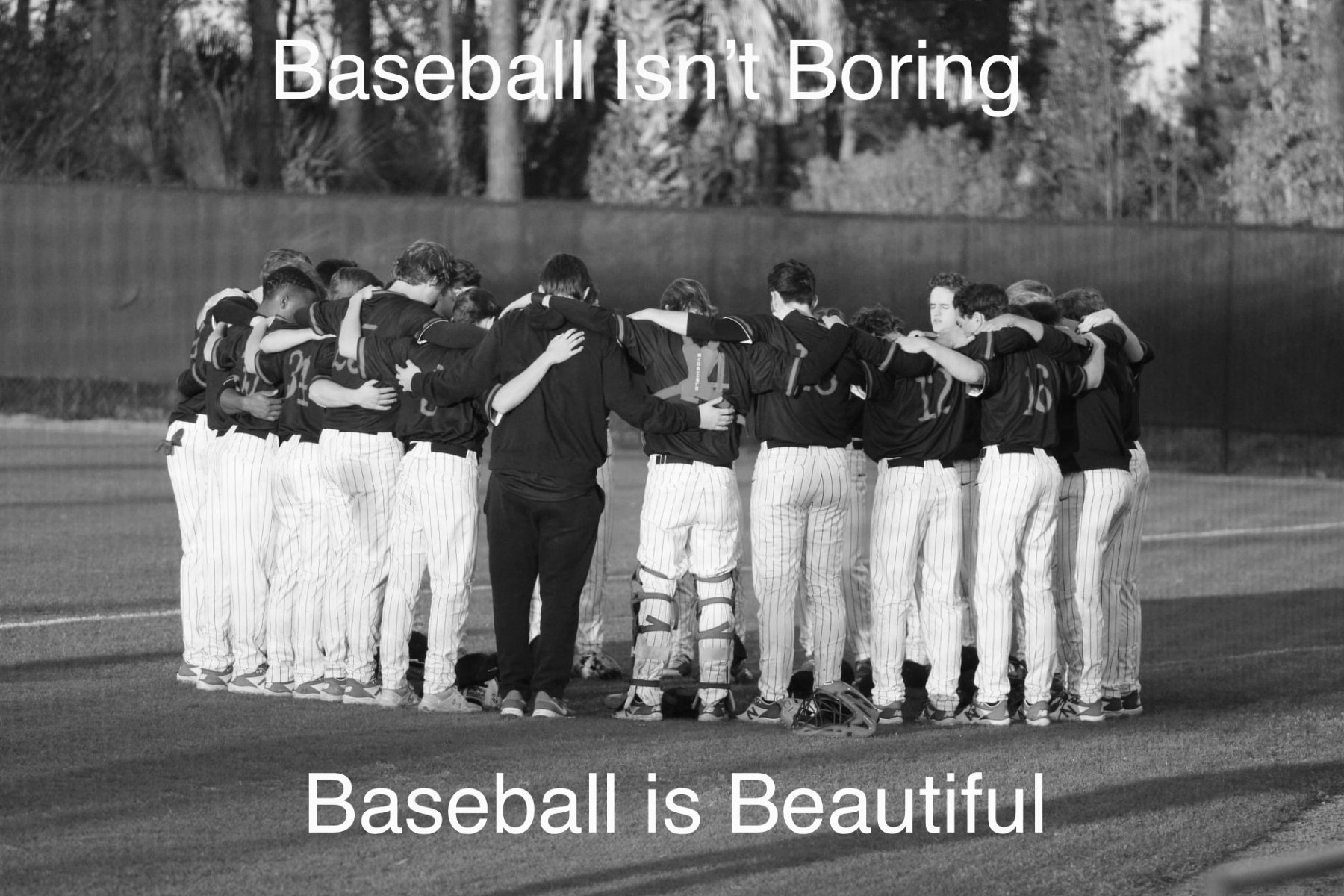 I realize that not everyone feels the same way, and I immensely respect that.  Faith is a truly personal journey and must be for each and everyone one of us to approach and accept in our own way.  To me, this is why faith is such an immense part of the game.  A person may choose to not be part of God, but God will never choose to NOT be part of us and the game.  He is simply part of the fabric of the game and life that makes it what it is.

"I can do all things through Christ, who strengthens me" 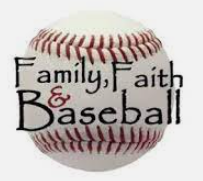 "Baseball means dealing with failure. “There is more Met than Yankee in all of us,” as Roger Angell has poignantly wrote in The Summer Game.

Every person who has ever played the game of baseball has been a consistent failure. It has been more than 70 years since the Splendid Splinter, Ted Williams, finished the 1941 baseball season with a .406 batting average. Williams' failure rate of 60 percent means that he failed less often than any batter in the seven subsequent decades. In fact, only five other players in the live ball era (since 1920) have matched the success of his 60 percent failure rate. Babe Ruth, known for hitting 714 home runs, struck out 1,330 times in his Major League Baseball career. The Cy Young Award is baseball's most coveted honor for the game's best pitcher each season, yet the award's namesake lost 316 games as a major league pitcher.

Even the unofficial anthem of baseball, “Take Me Out to the Ballgame,” is a celebration of hope in the midst of managed failure. Singing “Take Me Out to the Ballgame” during the 7th inning stretch is a communal baseball rite of passage. Timothy A. Johnson notes how the song celebrates failure both musically and lyrically, “Instead of celebrating a run or a victory, the song celebrates the act of striking out, the batter’s utter failure. He continues, “There is no spectacular hit to drive in runners—no heroic walk-off home run, no victory for the home team—and the structural melodic line . . . aptly reflects this failure. Striking out is represented musically in a deep structural way, by the failure of the melodic line to reach it’s rightful goal—it’s home, it’s origin—through a proper descent to the tonic” (“I Never Get Back: How ‘Take Me Out to the Ballgame’ Succeeds in Celebrating Failure,” The National Pastime [2008], 143).

The reality that baseball is a game of managed failure for every player, even the great ones, is one of the reasons the game imbedded so deeply in the fabric of American culture. Baseball became the national pastime because it reflected the national character—a collective team endeavor that called consistently for individual responsibility and personal sacrifice for the greater good. John Updike asserted that baseball is “an essentially lonely game.” Once the batting order is set, there is nowhere to hide; a turn at the plate is coming. The fact that the whole team is counting on the each batter produces the possibility of personal exultation or humiliation. Unlike other youth sports, baseball doesn't permit a game to be dominated by a star player whose teammates are simply along for the ride.

I fear that one of the reasons for the waning popularity of baseball in American culture is not because the game has changed, but because we have changed. It takes time and patience to understand the game of baseball, and becoming a proficient player is difficult—very difficult. Natural physical gifting and innate athleticism are not predictors of baseball success. In fact, the baseball Hall of Fame extols the virtues of the game's greatest players, and the shocking reality is not the amazing size, strength, and speed of the game's heroes, but the almost comical diversity of body type and physical ability. The game's greatest players have been tall and short, skinny and fat, slow and fast, muscular and flabby, intelligent, and well, not so intelligent. But, they all have one thing in common; every one of them developed the emotional capacity to persevere in the face of frequent, chronic failure and occasional humiliation.

If my suppositions are correct, what was once seen as a part of the glory of baseball, learning to persevere in the face of consistent failure, is now perceived to be a reason to avoid the game. Parents simply looking for ways to keep their children busy and happy will choose sports that do not include the pressure and individualized responsibility that baseball has always demanded. Baseball requires a kind of moral courage that keeps persisting in the face of inevitable repeated personal failures. That is the sober, unalterable reality for Miguel Cabrera and every little leaguer as well. Thus, baseball demands a huge time commitment for fathers, not simply in teaching and repetitively practicing the fundamentals of the game, but also calling sons to the kind of moral courage the game demands. Rarely ever will a boy persist in baseball if his dad has little interest in the game. As Diana Schaub avers in her essay “America at Bat,” “Without fathers, there is no baseball, only football and basketball.”

Baseball does not fit well with the current trend of sports leagues that do not keep score and where the goal is for everyone to be successful and know that they are always a winner. Such a notion does violence to a game that is structurally committed to constant reminders of the participant's finitude and allows no room for such utopian fantasies. One of the reasons baseball has been so slow to embrace instant replay in the sport (and rightly so) is that a game marked by chronic managed failure propagates no delusions of human perfectionism in its players or its umpires. When a baseball purist asserts, “Bad calls are a part of the game,” he is saying something about the warp and woof of the game.

Only genuine baseball fans understood the reaction of Detroit Tigers pitcher Armando Galarraga during the 2010 baseball season when he was one out from throwing a perfect game (there have only been 23) and veteran umpire Jim Joyce made one of the worst big moment calls in baseball history. Joyce, inexplicably, called the batter safe at first base. When the next batter was retired, Galarraga was saddled with the most disappointing one hitter in the history of the game. How did Galarraga respond to the injustice? When it happened he offered a stunned grin and after the game he said, “He is human. Nobody's perfect…. I want to tell him not to worry about it.” That moment was a beautiful window into what makes baseball unique.

No baseball player can survive and thrive without hope. When Henry Aaron was asked if he arrived at the ballpark every day knowing he would get two hits his reply was, “No. What I do know is that if I don't get 'em today, I'm sure going to get 'em tomorrow.” Babe Ruth was fond of saying, “Every strike gets me closer to the next home run.” Persistent, daily plodding in the face of chronic managed failure, driven by future hope sounds a lot like my daily Christian walk."

The Apostle Paul wrote, “For I do not understand my own actions. For I do not do what I want, but I do the very thing I hate” (Romans 7:15). But he went on to write, “Thanks be to God through Jesus Christ our Lord! … There is therefore now no condemnation for those who are in Christ Jesus” (Romans 7:25a, 8:1). The reality of his persistent failure and limitations did not paralyze him because he knew his story fit into a larger picture of the story of Christ. In the Kingdom of Christ, “all things work together for good, for those who are called according to his purpose” and those who love God are being conformed to the image of Christ (Romans 8:28-29).

As players prepare for Opening Day, every one of them knows perfection is impossible. No team will win 162 games; no one will bat 1.000, and no regular starting pitcher will go undefeated. Nevertheless, they practice with a sense of hope that this just might be their year. Despite their constant failure, if they keep stepping up to the plate and heading out to their position in the field, it all might work together for something special, and if not, there is always next year.

The very existence of another baseball season, another 162-game, seven-month exercise in hopeful, managed failure is a faint echo of the glorious promise James offers to all who have put their faith in the Lord Jesus Christ: “Count it all joy, my brothers, when you meet trials of various kinds, for you know that the testing of your faith produces steadfastness” (James 1:2-3). Everyone has the tendency to compare the highlight reel of others' successes to our daily failures and lose heart. But baseball, for those of us who love it, provides a constant reminder that everyone (even the superstar) strikes out, but the game still goes on.

Like most years, I think this just might be the year for my beloved Atlanta Braves to win it all. But whether they do or not, I am thankful that the chill of winter is giving way to spring and umpires will soon yell, “Play Ball!” Angell was right, “There is more Met than Yankee in all of us,” and there is a glimmer of a greater glory that the Mets keep taking the field.