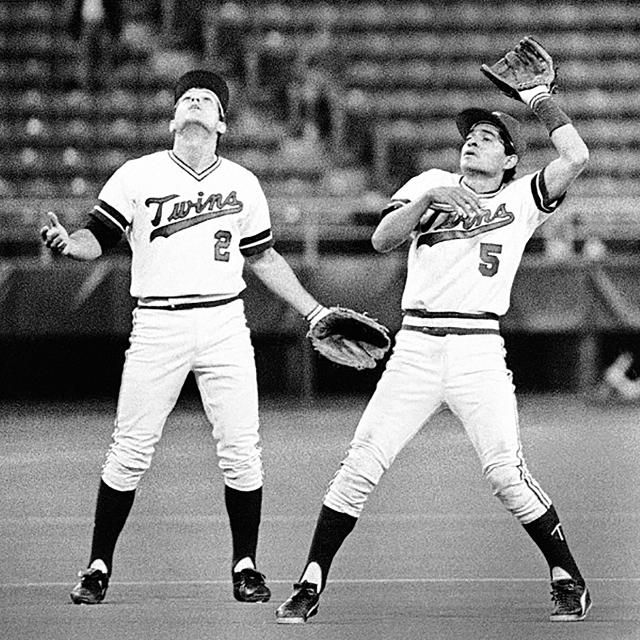 Okay, it is my birthday and I love life and all my ex-students, friends, participants in the guided tours, neighbors and family. So I am reflective and that means I have to think of 75 memories – there are many more. But here are 75 Twin memories.

1. Ushering during season one

3. Vic Power taking over first base in a way I have never seen anywhere else.

5. Harmon Killebrew with a swing that seemed to cut the night air into pieces.

7. Sandy Koufax showing us what HOF means – despite out loss it was great.

8. Tony Oliva doing everything and then those knees just radiated pain.

9. Joe Mauer being so Minnesota that everyone in MN complained he was too plain.

11. Everyday Eddie coming in day after day and giving us ulcers everytime.

12. Calvin Griffith reminding us that owning a team did not make a man into a good man.

13. Sid Hartman telling us everything MN was great even when it wasn’t.

14. Metropolitan Stadium, a dream for all of us with erector sets.

16. 1987 Twins being champions when they looked like a below average team

17. 1965 Twins being the best team in our history, but losing to a historic event

18. Hrbek doing his wrestling move on first base – I am still laughing

20. Jack Morris refusing to quit – HOF for no other reason

21. Kirby Puckett showing that determination can change an outcome

22. Dan Gladden a non-star who gave us grit

23. Herb Carneal giving us a transistor seat at all the games

24. Halsey Hall so outrageous that we loved him even if we did not know what he was talking about

25. Cool nights with a breeze from right field in the sixties

26. Lousy hot dogs that still were satisfying in the early decades

28. Nelson Cruz reminding us old guys that old does not mean feeble

31. Knoblauch at second base

32. Knoblauch returning to a shower of boos and hotdogs

34. Tom Kelly blowing it with Ortiz

40. Billy Martin and the marshmallow salesman

49. The collapse of the Metrodome

53. The Turtle running the bases

55. Randy Bush pinch hitter with 13 hits in one year

64. Lyman Bostock and Larry Hisle came together for one great year

67. Billy Martin gets in fight with his own 20 game winner – Dave Boswell

70. Watching the famous Hrbek game in Sierra Vista AZ bar as the only Twins fan in the place

71. Killebrew in the HOF

75. Bert Blyleven in the HOF