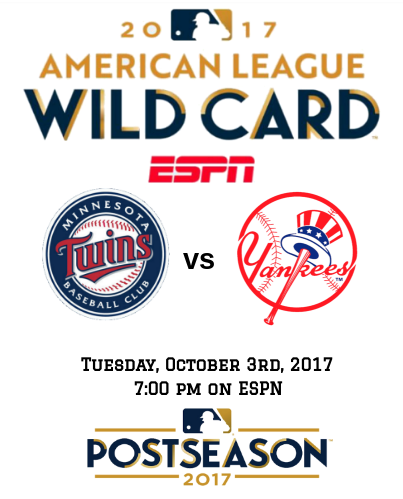 The Twins have a 2-12 record in the postseason against the New York Yankees. They have met them in 4 playoff series, losing all 4 series either 3 games to 1 of being swept 3 games to none. Strangely enough, the 2 Twins victories came in New York. The frustration when the Twins matchup with the Yankees is at some point, the Yankees take over the game and/or the series and the Twins look just helpless to stop the bleeding. Then once that happens, it just seems to get worse.

So many weird things have happened against New York as well.** There was the ground rule double from Corey Koskie that kept Luis Rivas from scoring and giving them the lead in the top of the 8th inning in Game 2 of 2004. Then a Torii Hunter home run did give them the lead in the top of the 12th but Joe Nathan couldn’t close it out as he tried to go 2.2 innings. There was another ball hit down the 3rd baseline that was foul that the umpire called fair and it wasn’t even close. It was like 6 inches foul, right?*
*Ughh...I don’t remember partly because I don’t want to remember. I wish I had one of those Men In Black zapper memory remover thing-a-ma-jigs although I’d like to be more selective than just erase all my memories. There are some good ones in there.

But...here’s the thing! None of that matters, now! Only Joe Mauer has faced the Yankees in playoffs past. The rest of the team doesn’t care about the history against the Yankees. The Minnesota Twins are a young team full of players who don’t know about the postseason and that might be just what they need.

The New York Yankees are heavily favored. That’s not really big or surprising news. They are the mighty Yankees. They spend big on everything. They have the best bullpen in the game and one of the best young starting pitchers in 23-year old RHP Luis Severino, who will start for the Yankees tonight. The Twins got to Luis early in New York including a 46-pitch 3rd inning where the Twins took a 3-0 lead. Severino didn’t come back for the 4th inning but his team did as the Yankees went on to win that game 11-3 and sweep the Twins a couple of weeks ago.

Of course, this made a lot of Twins fans think their team just can’t win in New York and a lot of those fans started wondering if it’d be better if the Twins had to face the Boston Red Sox instead. As a team clinging to just making the playoffs, the Twins should not and did not care who it was they had to face in the postseason. They are glad to extend their season and see what they can do in One Game in New York. (See what I did there?)

The Twins have some experience in the one-game format, having played 2 Game 163 tiebreaker games in 2008, a 1-0 loss to the Chicago White Sox with Nick Blackburn going 6.1 innings and John Danks shutting down the Twins for 8 innings, and in 2009, a crazy extra-innings affair that would end with an Alexi Casilla game-winning hit in the bottom of the 12th that scored Carlos Gomez and gave Bobby Keppel the one and only win in his career. (How ‘bout that?) What does that mean? That means anyone can play a part in these games. Anyone can make that game-changing play or get the game-winning hit.

This might not fall into the one-game territory but another interesting part of the history of these two teams meeting in the playoffs is how it began in 2003. The Yankees were overwhelming favorites...yadda, yadda, yadda. The Twins had never faced the Yankees in the playoffs before so that 2003 team didn’t know what to expect and went into it with no thoughts of failing and won game 1, something they would do again in 2004. The Twins only 2 wins in their postseason history against the New York Yankees had given them a 1-0 series lead. Unfortunately, they’d lose the next 3 games both years but the message stands that it’s possible to beat the Yankees AND, a 1-0 series lead would look mighty good this season!

Big Erv should pitch well tonight but in a one-game format, Paul Molitor will have a short leash should things go a little awry early. He will have young RHP Jose Berrios to turn to along with 9 other pitchers for that reason. If they get down early, the veteran leadership will play a big part. A lot of times these postseason games can mirror a team’s regular season. For this Twins team, that would mean a good start, a few bad stretches then responding resiliently in the end.

Well, anyone except Miguel Sano, who is not on the Wild Card playoff roster tonight. I’m somewhat puzzled by this decision even if Miguel did not appear to have his timing right during the last series of the regular season. He’s a nice player to have on the bench as a pinch-hitter to face a lefty or in a big spot. How fun would it have been to see Miguel Sano face fireballer Aroldis Chapman late in a game and see Miguel connect on one of those 100+ mph fastballs?

So, yes, the Yankees are favored because they are supposedly the more talented team or because they’ve won more games but, they are also supposed to be here. They are supposed to win this game because it’s in their park, on their turf and in front of their fans. The Minnesota Twins are the surprise team of the season. Nobody thought they were going to be here. Their own fans (& maybe even their own front office) counted them out several times this season but they just kept responding and coming back to prove everybody except themselves wrong. This is just another case where people are doubting them. They don’t care because any team can win…

Some further reading on tonight’s American League Wild Card Game:**This series is also responsible for one of my favorite Torii Hunter plays of all time and it didn’t even result in an out although, it maybe should have. I believe it was Game 3 in 2003(?) so it was at the Metrodome and Hideki Matsui hit a deep fly ball to left center field. Torii got on his horse and went all out to catch that ball. He jumped at the right time, the ball went in his glove but he then hit the hard, very lightly padded wall and the ball came out. It’s a favorite play because Torii Hunter showed absolutely no fear of what might happen if he hit that wall. I don’t remember if it went over the wall or stayed in the park. I thought it went out because I also thought it was a home run. For the life of me, I cannot find anything on it. A highlight, a news article or anything about that play. I was at the game. It was the playoffs. Does anyone else remember that play?

Thanks for reading our TwinsTakes on One Game in New York! Let us know your thoughts (or ‘Takes) on the Twins playing the New York Yankees in the postseason! Please comment below or on the posts of this article on Twitter, Facebook, Instagram, or Google+!

oh ya, I've already got spanked by the house mom's on this site, for saying the truth about the current Twins, so, here it is, once again, Minnesota goes to NY, playoff's, and we come up with the same old results, take the lead early, Santanta is Not a #1 starter, not now, not ever, a 3=0 lead disappears in one inning, and once again, we go home with our Minnesota tails between our legs, just another 1-and-Done, it's just what the Twins do when it comes to the Yankees, cost Gardenhire his job, Molitor will be gone soon, until they bring in a mgr. that can actually control and run this franchise the way it needs to be run, ie; Joe Maddon, we will continue to be just what we are, 2nd fiddle to NY/. Look at the current Houston Astros; and there no name mgr. they rebuilt that entire franchise in less time than it took for the Twins to be anything less than losing 100 games in a season.Mediocrity.

That's not the truth. It's your opinion and you're entitled to it but that doesn't make it fact.

On Houston, when do you believe they started this rebuild? They were bad for 6 seasons (2009-2014) including three consecutive seasons of 100+ losses. So, if you say they started the rebuild in 2009, that's 6 years to get back to the playoffs. The Twins had losing seasons from 2011 to 2014, had a winning season in 2015 then lost 103 games last season. So, it's either the same amount of time or less, depending on what your idea of rebuilding. I could tell you my thoughts on it but I'll assume you won't care so I won't waste my time.

Thanks for commenting and hopefully, you will continue to be a Twins fan because this is just the start for the new era of this franchise.

Have a great day!