Twins Minor League Talk Today, 07:57 AM
Despite unfortunate outcomes, the Twins saw a wealth of breakout performances across the organization on Thursday night. Let’s dig in.Tra...
›

Minnesota Twins Talk Today, 07:51 AM
Let’s drink a cold dose of reality as an 11-17 ball club. Unless Falvey and Levine zag compared to past history, it doesn’t look like our...
›

Twins Minor League Talk Today, 07:10 AM
It’s been a long time since there has been real minor league action to follow and Twins fans might feel a little disconnected from the te...
›

Minnesota Twins Talk Today, 06:11 AM
With a disappointing series against a bottom three team in baseball, and an 11-19 record 30 games into the year, it's hard to not ask the...
› 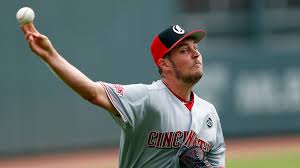 Slowly but surely, even the least observant among us will have noticed the precious minutes of daylight being added since the winter solstice, spreading good cheer to Druids everywhere. And with the countdown to pitchers and catchers reporting falling to a mere 23 days, our thoughts turn to baseball, opening day, the first game cancelled due to snow, the All-Star Game, the trade deadline, rosters expanding in September, the Arizona Fall League, the Wild Card game, the Divisional Series, the League Championship Series, the World Series, winter meetings, the hot stove league, and pitchers and catchers reporting in 2021.

With such a plethora of events to keep us non-Druid baseball fans occupied, it's easy to overlook the complex machinations of who might start Game 3 of the 2021 American League Championship Series for your Minnesota Twins. But with the sun well shy of the 2020 vernal equinox, it's time to fire up our crystal balls and clear up the somewhat muddy waters of October 2021. Let's look at the candidates:

Trevor Bauer - Fresh off a World Championship season with the Cincinnati Reds, Bauer looks every bit the part of a #1 starter, so why include him here? Well remember, we're talking about 2021, and you can be darn sure that we won't be skating to the divisional championship with as much ease as we did in 2019 and 2020. Playing the division down to the wire means our rotation isn't exactly lined up how we'd prefer. Still, having Bauer settle in as our #3 for the rotation is not so bad, huh friends? I sure don't think so, and that's why he's my first choice here.

Robbie Ray - Sure, he hasn't pitched in a playoff game since 2017 and totally fell apart down the stretch for us in 2021, but when a guy has an alliterative name, you slot him in as the Third Thrower, amiright? Besides, he has an October birthday. He was practically born to pitch the third game in the series before next year's Fall Classic.

James Paxton - Yes, I know he's 32 in 2021. Yes, I know it isn't likely he'll even be on the Twins. But when every body else is looking to the right? The wise move is to look left. That's why I could see him making a lot of sense here.

Randy Dobnak - That mustache and glasses costume just doesn't get old. Still just 26 years old in 2021, Dobnak is ready to grab the spotlight and squeeze it in a way that normal people can't squeeze light. He's the kind of guy who seems ready-made to step into the folklore of Minnesota baseball. Are you ready for Legenddobnak?

Johan Santana - Hey, I don't think it'll happen either, but we're talking about 2021 here. Anything can happen, including Johan coming out of retirement with a brand new arm and the same ol' circle change. Would you want to face a brand-new-armed-Johan in Game 3 of the 2021 American League Championship Series? I didn't think so.

Now it's your turn to get real about the playoffs of next season. Who do you think should start Game 3 of the 2021 American League Championship Series for the Twins?