I know some of you may have scuffled with them a bit but the reason you're still here - and the reason Twins Daily exists, period - is because the moderators have held a steady hand this entire season.

While it's easy to take one of their decisions personally - trust me, as an owner, I've been chastised by them myself - realize that there is a reason that literally every other baseball forum you've been around has either been:

The reason we're still here is because of the moderator crew, full stop.

And it's high time we applaud them for once instead of ridiculing them.

So here's to the moderator crew, we should thank them all:

After this season, I think it's high time we take a moment and give them all thanks for the work they've done to make this site happen.

The main baseball forum for the Cardinals is inundated by trolls since it is mostly not moderated.

It has fewer and fewer posters. Here a moderated baseball forum one was hoping to have at least a few hundred regulars posting. The same is happening with Facebook's baseball groups.

If it doesn't involve Fantasy or gambling maybe the number of baseball zealots is less than thought.

Thanks, absolutely!Nice to have the names in one place.

Is there a daily on-line sports chat in Minnesota like we have in St. Louis? For 3 or 4 hours Monday-Friday the local paper has its sports writers take questions that they select from readers on-line, mostly the Cardinals, Blues and college sports.

Our Blues GM actually follows the questions though you won't really know if he is on that day.

You have 4 pro sports teams plus college.

You guys are awesome. 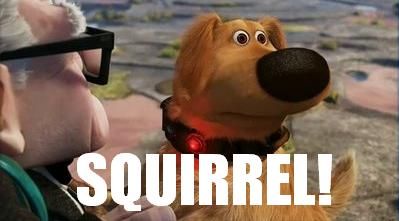 Getting Ready to Show Up to ST in the Best Shape of My Life!

It's a thankless job... You are all great for keeping this site fun and on topic.

The Moderators had a great year - like the Twins regular season! We won't talk about the postseason. The site was great this year with a lot of nice new features.Appreciate all the hard work - it is the go to place for Twins info.Thanks!

It was a fun year.

And yes, the mods do a great job.

Yes, a huge shout out and thank you for your contributions as moderators and bloggers, helping to make Twins Daily the pre-eminent site that it is.
"Nice catch Hayes...don't ever f*****g do it again."

It's a thankless job... You are all great for keeping this site fun and on topic.

Big difference between mostly thankless and all thankless...

Something about loose change, i think.

In all seriousness, Twinkie Town is better.

Back to Minnesota Twins Talk
Reply to quoted posts     Clear