Across the Meadow: Signing Off
by Jeremy Nygaard
A Wait Rewarded
by John Bonnes
How the Cheating Astros and the Slugging Twins...
by Matthew Trueblood
Ranking the Remaining Free Agent Starters
by Nick Nelson
Quantifying the Twins Improvement This Offseaso...
by Cooper Carlson
Countdown Meltdown: Plouffe Added to Winter Mel...
by Seth Stohs

Front Page: Wait, Ryan LaMarre Is On the Twins Again? And He's Starting?

29 replies to this topic

Clenching of some body parts could possibly lead to not clenching at all?

TwinsWorld: Did you hear we just updated the Stadium Club?

If I wanted balls and strikes called by a robot, I would get an Xbox!

Realistically, we have a bunch of guys who can't play, and whether it's Alejandro De Aza, Ramon Flores or Ryan LaMarre being called upon to take major league at bats; it's a crap shoot. I think Luke Raley might have been the most ready (since Jaylin Davis was traded), but he's another wounded warrior.

We're in a tough spot, but the Twins have been pretty resilient this year. If Schoop is truly swinging a hot bat right now the cleanup spot might not be a bad idea. I'm looking for La Tortuga to pull some bat magic too. If prayers have any influence, we got your back guys.

Realistically, we have a bunch of guys who can't play 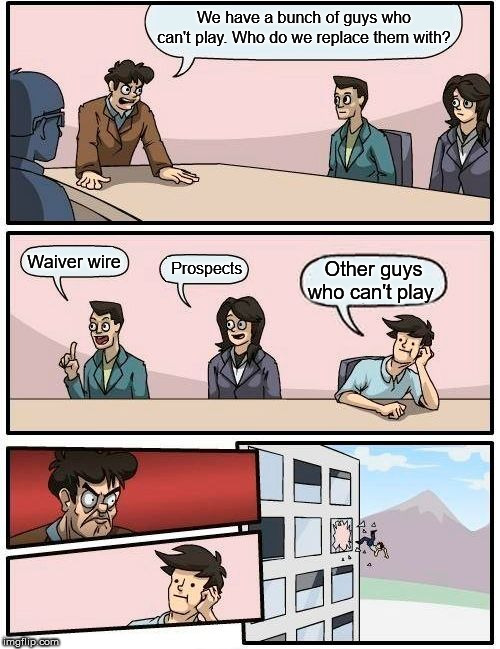 I'm not slurring my words, I'm talking in cursive.

Ace I believe Lew Ford is still in game shape from playing on the Dominican National Team. A quick plane ride from Santo Domingo.

You cannot succeed without hate for your enemy