86 replies to this topic

The real numbers on Buxton for me are as follows:

Those would be the number of games he's played each season with the Twins.We can throw away the first one since he was called in June that season, but the last two are like big red flags.To call to question his style of play and inability to stay on the field because he keeps crashing into things (walls mostly) is no longer anything that can be called "negativity"

I wholeheartedly disagree with anyone who feels "he has to play this way".No he does not have to play the field like he has and YES he needs to absolutely modify his game.Just as Eddie Rosario needs to learn how to take more professional at bats, Buxton needs to learn how to keep himself on the field.I think there was a tendency here to act as if he were more than human.He isn't.He is made of the same things we all are and this idea that he needs to change nothing because he is so awesome really makes no sense to me.None.He provides no value to us now and it is the by-product of him (once again) crashing into a wall.

A bummer for Buxton and the Twins. I'm sure they were hoping to avoid surgery, but in some cases it becomes clear that it just isn't going to be possible.

For those interested, I did an old blog post regarding Wander Javier's shoulder surgery, which I suspect is quite similar to what Buxton is going through. Feel free to post with additional questions and I’ll do what I can.

That stinking last game in Miami really was a turd for this team.

I am hoping for an agressive move. I would like to see a potential offensive difference maker called up to see if he can be like a 20 year Miguel Cabrera with the Marlins.

I am just glad it is a 60 day list, as opposed to a 60 game list, so he can start the season running on all cylinders... if he is healthy by then.

Not that i expect him to have cylinders... I am pretty sure MLB has rules about robotic augmentation.

Hopefully he comes back better than ever!

B: I see they are being super aggressive with the call up. When is this team going to be aggressive? It wasn't at the break, that's for sure. I keep being told "just wait, they'll make a big move when they are serious contenders". Like, if not the trade deadline, and if not now, when?

Errrgh.... on the plus side, there isn't going to be high expectations in the playoffs this year. Perhaps that will allow the team to play their best baseball.

This is one of those times that I remind myself that the Twins weren't supposed to contend this year, that to some degree we're playing with house money, and the window really opens in the next couple years.

Needless to say, it's not a great balm.


Depends who you ask and when. Most thought our window was opening last year. then last year happened. But this year with the contracts coming od the books was pointed to for years as the year. Our rotation for next year is starting to look like the AAAA carousel of old... If you wanted to bet that next year's team will win more games than this year's team, I'd take the under for pretty hard.


Agreed as he'd be up around now, maybe even before August ended. But...and this is no slight to Davis...he would only be up because the Twins needed to go to their arguably 6-7-8 OF.

I mean, Marwin is the 4th OF. Cave is the 5th. Adrianza and even Arraez can play the OF, but with injuries, it could be argued who is/was the 6th/7th OF between Wade and Davis. And it may not have been either if Raley hadn't hurt his ankle so badly.

A little hard not to be despondent right now.

Oof, so the red shirts gotta survive in this scenario? 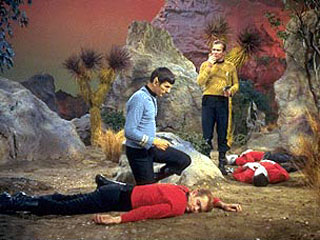 "Ensigns Wade, Miller, and LaMarre, I know that none of you were expecting this. I'm sorry. I'm gonna have to ask you to grow up a little sooner than you expected. Warp five."


Good news: There is defense, speed and maybe a little contact and OB ability there.

Should have traded him for Syndagaard. Plain and simple, this dude can't stay healthy. He absolutely needs to think about the big picture and realize that the highlight catch is great in the moment, but if he's only playing an average of 90 games a year, those catches that save a run one game end up costing the team way more runs in the long run. Hard to tell an athlete not to go balls-to-the-wall, but something needs to give. Twins have been fine without him. I expect them to continue to do so.

For those interested, I did an old blog post regarding Wander Javier's shoulder surgery, which I suspect is quite similar to what Buxton is going through. Feel free to post with additional questions and I’ll do what I can.

All right, here's my question: given Javier's first season back, from surgery on the non-throwing shoulder, with rather poor results at the plate, are there grounds for optimism with Buxton for 2020?

I feel really bad for the guy. I hope he has a speedy recovery, and takes to heart that playing smart can lead to a much better career than playing with uncompromising reckless abandon. He will have plenty of time to think about it, that's for sure.

I would love to see some data on what percent of players go from being injury prone youngsters to ever playing more than a fluke full season.

All right, here's my question: given Javier's first season back, from surgery on the non-throwing shoulder, with rather poor results at the plate, are there grounds for optimism with Buxton for 2020?


Javier missed a full season, though, and was simultaneously making his full season debut. I think there were development issues at play there, beyond the injury.

Man, Pineda/Buxton was the 1-2 punch I definitely didn't need. Wind right out of the sails in rapid fashion.

Sorry Byron. I wish you healing and a speedy and complete recovery.

You slow him down... He isn't the same player.

Yes... he has been injury prone but not all of the injuries were fearless reckless baseball injuries.

Also tagged with one or more of these keywords: byron buxton, rocco baldelli