Nelson Cruz was back in the Twins line-up on Monday, but he was never supposed to be to this point in his career. To call Cruz a late bloomer would be an understatement. He never made it on to any major prospect top-100 list and he didn’t debut until he was 24-years old. His first career home run didn’t come until his age-26 season and he wouldn’t play 100 big league games in a season until he was 28. Now Twins fans are witnessing an ageless wonder on the cusp of 400 career home runs.Few Twins fans may be aware of the journey Cruz has taken to the 400-home run mark. In recent years, fans saw future Hall of Fame player Jim Thome collect his 600th home run in a Twins uniform. Thome was a different player than Cruz and fans might not fully appreciate what Cruz has been able to do in the late stages of his career.

Among players over 30, Cruz has the 10th most home runs all-time. Players ahead of him on the list include all-time greats like Bond, Ruth, Aaron, and Mays. Because of his late start, Cruz likely won’t be able to catch these historic players on the all-time list, but he has established himself as one of the best home run hitters among players over the age of 30.

Home Run Number 1
Ironically, Cruz hit his first career home run against the Minnesota Twins in a game where the Twins destroyed the Texas Rangers. On July 31, 2006, Carlos Silva dominated the Rangers for seven innings by limiting them to one run on six hits. Minnesota had an 8-0 lead after two innings and added another six runs between the fourth and fifth frames.

Cruz, a 26-year old rookie, was used as a pinch hitter in the ninth inning for Carlos Lee. He stepped in against Willie Eyre (talk about a name that is a blast from the past) and hit a solo shot to left-center field. His second home run wouldn’t come until more than two weeks later, but he recorded his first on the road to 400 at the Metrodome.

Home Run Number 100
Almost five years to the day of his first home run, Cruz collected the 100th home run of his career. Like his first home run, it happened in a loss and it happened on the road. Cruz was still in Texas at the time and he was sitting at 22 home runs for the year on July 29, 2011. He would end the year with 29 home runs, the second highest total of his career at the time.

In this game, Cruz stepped in during the second inning where neither team had yet scored. Brett Cecil was on the mound and he was on the way to seven innings of one-run ball. The only run he would allow was on a solo home run to Cruz, which turned out to be the 100th of his career.

Home Run Number 200
Cruz hit quite the stretch of seasons when he reached age 33. From 2014 through 2016, he averaged over 40 home runs per season and led all of baseball in home runs in 2014. He entered the 2015 season only needing three home runs to accumulate 200 homers for his career and he made it to the mark in April. It was less than four full seasons since he had crossed the century mark, but he made his 200th home run one to remember.

The trend continued with his 200th long-ball as Cruz was on the road (Dodger Stadium) and his team (Seattle) ended up losing. Cruz collected his 200th home run in the first inning off Brandon McCarthy. It was a two-run shot with two outs in the frame. Later in the game, he would hit another homer, a solo shot, off McCarthy again. It still wasn’t enough as the Mariners lost by one.

Home Run Number 300
His 300th home run came even faster as he reached the total in July 2017. It was only two and a half seasons since his 200th home run, but that’s how fast a player can move up the list when he is hitting 40+ home runs per season. For the first time in his career, he hit a milestone home run at home and his team ended up winning the game.

Cruz finished the game with three hits but his memorable long-ball came in the eighth inning after his team entered the frame up by one run. His three-run home run off of old friend Liam Hendricks helped Seattle to separate themselves. He drove in five of Seattle’s seven runs in the game.

Home Run Number 400- Coming Soon?
Cruz is coming off a ruptured ECU tendon in his left wrist, so there are plenty of questions about what kind of performance he will be able to produce now that he is back on the field. Prior to the injury, he was hitting at an unbelievable clip. Since the All-Star break, Cruz had a .333/.429/.900 slash-line with 16 home runs, the same number he compiled in the first half.

He’s only eight home runs away from the 400 mark, which will hopefully take place before the end of the season. Looking at his other milestone home runs, it’s likely to come on the road and in a loss for the Twins. Even if he doesn’t get there in 2019, he’s still under contract for the 2020 campaign.

When do you think Cruz will hit home run number 400? Leave a COMMENT and star the discussion.

Unfortunately age catches up with everyone and the joints are first. I hope he is healthy and if he is the HR will be early September. 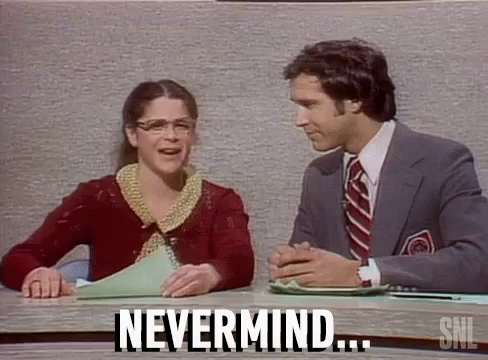 Oh, heck, I'll take next Tuesday.I would have picked Sunday, but with off days on Thursday and Monday I didn't want to be too aggressive.

I wonder how much of Cruz being on team has helped Sano.It may not have done a thing, but Sano's change in swing seems to fit much of what Cruz has done.I am sure Sano was told for years to do what he is doing now, look to hit ball to right center and adjust to offspeed.But sometimes it takes someone else to tell you the same thing for it to sink in.

If Cruz has impacted Sano at all, he is worth way more than Twins are paying him, because when healthy Cruz has raked all year.Hope he keeps it up and comes back next year doing same thing.

Hey, I'm a homer as much as anybody --- but don't we have to at least acknowledge the PED suspension in a story about his career arc?

"Kid, don't you think there's a problem when you get that excited over a seeing-eye single?"

To be fair, his fielding has fallen off...

After tonight, with his 33rd Bomba, I believe he sits at 393HR for his career.

We're he healthy and playing every game of the 36 yet to play, he is on trajectory to hit 13 more. That would give him 46 for the season. Let's just say he is healthy, but gets a few days off here and there and doesn't maintain quite the torrid pace he is on. And let's just say he hits 7 more for an even 40 on the season.

Considering his age and usual career numbers, realistically, he would need at least 3 seasons, probably 4, to reach 500. Can he do it? I don't know. But be seems to be a cyborg so who knows. I think there is little doubt he's back next season. Healthy, he could continue similar results and crank another 30-40 in 2020.

Ortiz played until he was just shy of 41yo. While productive until the end, it seemed his body started to give out. I made a flippant comment weeks ago that Cruz was a good karma signing in regard to our loss of Ortiz. Cruz's body could just start to give out. Age happens.

What I know is he has made a tremendous impact on this team, and more than likely will in 2020 as well. Selfishly, beyond that I'm not sure I know or care at this point. But what I do know is I'm enjoying every moment of him with our beloved Twins.
"Nice catch Hayes...don't ever f*****g do it again."