24 replies to this topic

Following their three-game sweep at the hands of the New York Yankees, there was some concern among Twins fans that the team might find a way to miss the playoffs. The team had ten games to play and a 1 1/2 game lead on the second playoff spot.

The Twins followed with a four-game sweep in Detroit. That was coupled with the Angels losing games to Cleveland and Houston. The Rangers made a nice run to catch the Angels, but since then they have lost a couple of games. That allowed the Royals to catch up to both of them on Saturday. Then on Sunday, the Royals and Rangers lost. On Monday, the Royals, Rangers and Angels all lost. So while the Twins had their final off-day of the season, they saw their Magic Number fall to two.The Minnesota Twins start a three-game series in Cleveland tonight. While it would be great if the Twins could clinch a playoff spot at home this weekend, it's pretty cool that they are likely to clinch a playoff spot in Cleveland.

Or anywhere.
Let's not forget where this team came from. Last year, the team lost 103 games, a low mark in the Twins 56 seasons in Minnesota. There were unexpected firings and hirings. The team got off to a good start and held on through the All-Star break. A week before the July 31st trade deadline, the Twins went on a losing streak. At the same time, Cleveland finally started winning, and so did the veteran Kansas City Royals. The Twins fell behind in the AL Central but also in the AL Wild Card. At the time, their playoff odds sat below five percent.

Fans (and most writers) felt that the Twins were right in trading a couple of veterans (Jaime Garcia and Brandon Kintzler) who become free agents at the end of the season. The players weren't happy and they handled it just like we would hope they would. They set off to prove people wrong.

For the Royals and Rangers to win the Wild Card, they are going to need to win out and hope that the Twins and Angels lose out.

And, I think it's exciting for Twins fans. Let yourself be excited. Take a few minutes to think about the ride that the Twins players, coaches and front office have put us on throughout this 2017 season. The story is amazing! The baseball has been terrific. They have won 23 more games already this season than they did last year.

Yes, it also means a one-game Wild Card playoff game in New York against the Yankees in one week. While the Twins will be the underdog, anything can and has happened in one game playoff games.

I have to agree with Aaron Gleeman's tweet from this weekend:

Let's enjoy this final week of the regular season. Let's appreciate what we as fans have been able to watch this year. Let's appreciate the seasons that veterans like Joe Mauer, Brian Dozier and Ervin Santana have had to get the Twins to this point. Let's consider the improvements made from last year to this year (or even early this year to late this year) of some of the young players like Jose Berrios, Byron Buxton, Eddie Rosario and Jorge Polanco. Let's consider the job that Paul Molitor and his coaching staff have done to get the Twins to take this step forward.

And when the Twins reach the playoffs, whether it's tonight, tomorrow or this weekend, let's not be afraid to let the emotions flow, whatever that means for you.

But most important, I just want to thank the organization, the front office, the coaching staff and the players for making this such a fun season. Fans have been given meaningful games in September, and will have at least one meaningful playoff game in October. It's been a great ride so far, and I'll stick with it as long as it goes!

one game guys... and I'd add that that one game victory would do wonders for the "we cannot beat NY mantra."

one game guys... and I'd add that that one game victory would do wonders for the "we cannot beat NY mantra."

I agree. I will be quite upset if we have a lead in the 9th inning and Molitor puts in Joe Nathan.

Great perspective.. The journey is what's important.. Who cares is they lose the playoff game everyone assumed the season would be over anyways..

However the season ends, it's been awesome to watch the Twins this year and enjoyed just as much reading the articles in "Twins Daily"! Thank you for all of your hard work and doing a great job in covering the Twins! Question, you said the Rangers and Royals need to win out and the Twins and Angles need to lose all of their games. What about the Rays? Are they not mathematically still able to tie the Twins?

The Twins know what they have to do. 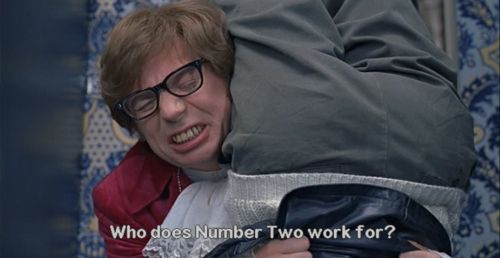 This is closest the Twins have ever been to eliminating the Yankees in the playoffs. The Yankees are one game away from blowing the "series."

This is closest the Twins have ever been to eliminating the Yankees in the playoffs. The Yankees are one game away from blowing the "series."

Yes. This is the year the Twins finally beat the umpires Yankees in NY.

A little bit lower than the magic number this time last year.

The other thing that has to be noted is that Cleveland is only 2 games ahead of the Astros for ALCS home field advantage, so they will not slack in these 3 games.Both teams have to play for something (at least today.Hopefully a Twins' win and an Angels' loss tonight will take care of the rest of the season for the Twins... )

Since we are talking about the low odds of us losing all the remaining games while those behind us have to win all their games I might as well point out that if we run the table and the Yankees lose the rest of their games we get home field.

Since we are talking about the low odds of us losing all the remaining games while those behind us have to win all their games I might as well point out that if we run the table and the Yankees lose the rest of their games we get home field.

According to the rules, we must slay the dragon in The Big Apple.

"They have won 23 more games already this season than they did last year."

This is what I'm totally blown away by this season...

You know that MLB has already sent memos to the umpiring crew about how they need to make sure, for business reasons, the Yanks advance.

Twins, don't give them that opportunity:swing early in the count.

No more Phil Cuzzi's hanging out in LF, whose only job is to judge fair or foul balls, watching as Mauer's line drive both hits Melky Cabrera's glove and lands in fair territory, the ball mark clearly visible the rest of the game.

There are bars in New Jersey where, to this day, Cuzzi walks in, and is hailed as a hero.

I work/live in NY now and if the Twins can find a way to beat NY I will be ecstatic! Basically my whole office are Yankees' fans and it will make for a miserable couple of weeks if I have to listen to all of them about how good the Yankees are.

Hey, if the Twins batters catch fire in the playoffs and a couple of the pitchers do the same and supporting guys step up... just saying the Twins could give some teams trouble in a short series. They play the games for a reason and this season has been enjoyable. Hopefully, we will look back at 2017 as the year it all started and this franchise goes on a run of championship contention and titles for 5-10 years. Because, boy does this town deserve it...

This team reminds me of that 2014 Royals team. They were really young and energetic, everyone counted them out, they had to rally from behind in the WC game and went on to the WS beating a high octane offensive team in Baltimore and a solid Angels team on the way. Nobody thought they'd go very far and they almost won the whole thing. Now that team was built on pitching, defense, and bullpen where our team is more about the line up and defense but I'm hoping our team can take that next step. In any case this has been a really fun year, probably the most fun I've had as a twins fan since 2006! Gleeman's Tweet perfectly sums up my feelings

In the Twilight of a Mediocre Career

I believe that since August 1, the Twins have had the best offense in MLB by quite a large margin. We shall see if good offense can beat the best run suppression this week, and get a chance to exorcise the demon in the Bronx.

I became a baseball/Twins fan 50 years ago as I followed the amazing 1967 pennant race.  So, while a Wild Card race is not the same thing,  Seth's scenarios about the Angels, Royals, and Rangers, reminds me a bit of following what Detroit, Boston, and Chicago were doing in the last week of the 1967 season.  I was disappointed in the final result, of course (hated poor Carl Yastrzemski for years) but was hooked as a Twins fan for life.  So, I say thanks to the Twins for giving me a happy "golden anniversary."