Laughing through the Pain: Another Way to Look at Twins Pitching

season review brian duensing ricky nolasco phil hughes glen perkins
A year ago I offered an alternative statistic for measuring player worth--not in wins/losses, but in the far more useful field of entertaining the fan base: Amusement Above Replacement Player (AARP) for short. The statistic is measured in five key categories on a scale of -2 to +2,When added up, these statistics gives us a total AARP somewhere between -10 and +10.

Last year, even by the totally made up AARP statistic, the Twins Pitchers were an abysmal crew to watch, the four most notable starters (Vance Worley, Liam Hendricks, Kevin Correia and Samuel Deduno) registered a total 3.9, and none of them will factor for the Twins going forward. While the relievers were more consistently positive, there was some upheaveal there too.

So how did the Twins pitchers fare this year?

Well, on the field, still not great, but AARP doesn't just measure on the field performance it measures off the field personality and general likeab-ility/fan value, and in that category there are both some sizable gains and some serious problems going into next year. 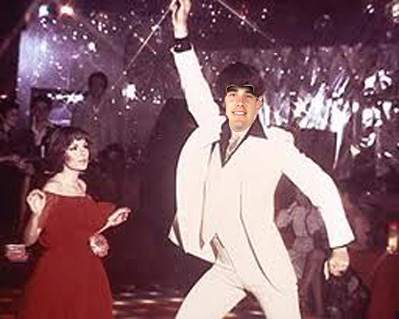 Still trying to popularize You Make Me Feel Like "Duensing"
Brian Duensing--I have a soft spot for Dozier (what with the similar majors in college and the appreciation for the near impossible job he had starting an elimination playoff game). But the days of the "Duenslinger" shirts at Target Field are pretty far gone, and his peripheral numbers dropped significantly. AARP: 0.5 (Down -0.1 from last year, play didn't help, off field work did)


Glen Perkins--Perk remains the jolt of life in the Twins bullpen, the local guy who engages with friends and foes alike. While an injury down the stretch cost him the end of the season (and the team a couple of games) he did have possibly the best moment of the year when he and Kurt Suzuki closed out the All-Star Game AARP: 3.6 (Up +1.2 with gains in every category--even nicknames are easier to go with now)

Casey Fien--Increasingly the Twins most reliable set-up man, which is a double-edged sword. Nice, appreciated but by no means interesting. If he grew a Snidely Wiplash mustache my nickname of "Dastardly Fien" would be easier to make popular. AARP: 0.6
Jared Burton--There was once a time when Jared Burton and Glen Perkins were dueling for the hearts and minds of Twins fans in the race to remove Matt Capps. Now he's just kind of there... AARP: -0.2
Anthony Swarzak--We'll always love the "Swarzak" Duck quack, especially as he returns to the spot starter role that suits him so well. And while FIP suggests he's better than his ERA, his soft tossing no strike out mentality continues to remind fans of the things they never liked in Twins pitching gone by. AARP: 1.1 (Up +0.5 for both the play and greater appreciation of the "Swarzak!" Quack) 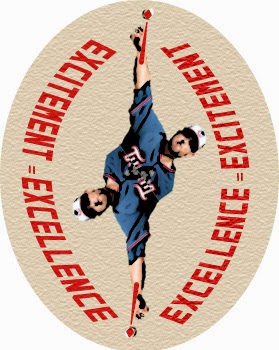 The Old Nolasco Propaganda
Ricky Nolasco--at the start of the season I saw Ricky Nolasco's twitter feed as a sign that he was going to be an energizing force for the team. Instead he turned into both exciting and confusing, less exclamation mark than Interrobang (‽). Though on the plus side, that's his new nickname as far as I'm concerned. AARP: 1.2
Kyle Gibson--Yes, Kyle Gibson has the second most innings pitched in Twins territory this year. And while he was certainly serviceable, he was by no means the most amazing thing on the mound. And while tolerable is a step up for Twins pitchers, it's a long way from exciting. AARP: 0.7

Phil Hughes--Ahh Phil Hughes, for every amazing, dumbfounding, refusing to walk a batter performance that Phil Hughes had this year, he also had a "meh" post game quotation to go with it. And while we love any body who can set a pitching record in a Twins uniform (or at least a good record), we'd love a little more personality (we cannot confirm claims he mocked Brian Duensing on Twitter, but can confirm that he has a good enough personality to wear a silly mustache and honestly admit his own failings). AARP: 2.6


By the lofty standards of AARP you need something above a 5.0 to be a nationally relevant player, and no Twins pitcher is anywhere close to that. BUT, Glen Perkins and Phil Hughes make for a solid combination every fifth day, and if Ricky Nolasco does in fact start using the Interrobang on a daily basis we may be in business.

Tomorrow I'll post thoughts on the hitters, but in the mean time:

Wonder how the AARP stat got started? Want to give your own AARP numbers or question my methods? ...leave a note in comments, or just yell at your computer screen really loudly...I can totally hear it.

I don't think on-field performance and nickname should carry the same weight in determining player "value" amongst the fan base. In fact, I would get rid of every category except play and personality and add community involvement, attitude, and screen presence (CAPPS).

How would you re-evaluate the AARP/CAPPS scores for different players here?

I feel like, from my eyes, Perkins would move up a little bit, but don't see enough of Fien/Burton to get much sense of personality, screen presence or attitude?