< The Blog Days of Summer

The Littell Dilemma
by Seth Stohs
Here's What a Postseason Start Looks Like i...
by Tom Froemming
The Twins Should Try to Net A Marlin
by Cody Pirkl
Most Valuable Non-Prospect Pitching Trade Pieces
by Matthew Lenz
Twins Spotlight Replay: Episode 1 (Tom Hackimer)
by Seth Stohs
Twins Free Agent Targets: Catcher and Infield
by Nick Nelson

Twins Minor League Talk Yesterday, 10:30 PM
In case you haven't seen it, mlb.com has published an article on the prospects at instructional league camp and their progress.   ht...
›

byung ho park
We all heard a fair amount about Byung-ho Park leading up to his posting by the Nexen Heroes on November 3rd; he was a player who had excited the interest of multiple Major League teams and fans across the country. Yet for all that, nothing was enough to prepare me for the news that the Minnesota Twins, a small market team, had won the negotiating rights to the Korean first baseman after bidding $12.85 million. 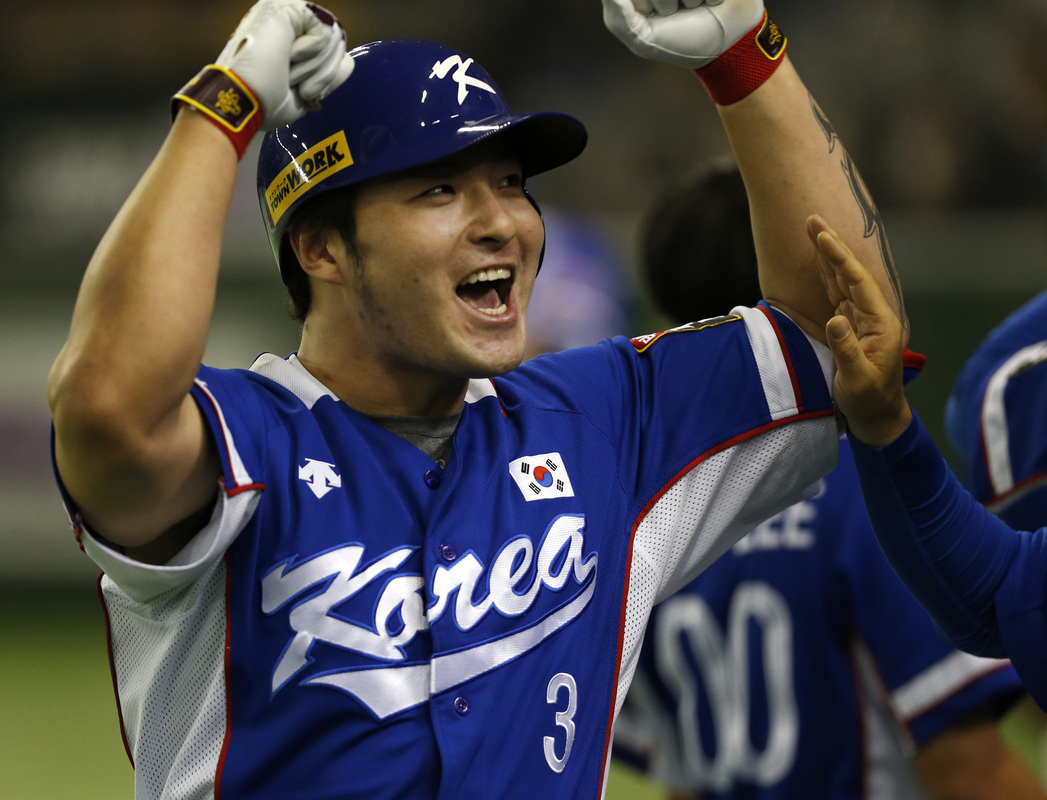 The Korean first baseman/designated hitter has just come off his second consecutive season of 50+ homeruns, hitting 52 in 2014 and 53 in 2015. Besides that, he hit .343/.436/.714 (1.150) with 35 doubles this past season. Obviously, this was all done in a decidedly hitter-friendly league, yet it was enough to attract the attention of various Major League clubs, most importantly the Twins. Taking all of that into consideration, it must be noted that in 2015 Park also struck out 161 times while taking only 78 free trips to 1st (this excludes the 12 instances in which he was hit by a pitch, but whether that truly comes without a price is questionable). This and the fact that he will be playing in a decidedly pitcher friendly park is where his future as a Major League hitter becomes doubtful.

Former teammate Jung-ho Kang was signed by the Pirates last offseason, and interestingly enough, he struck out less in more at bats in Pittsburgh this season than he did in Nexen in 2014. It was a miniscule difference (106k/418ab in 2014 and 99k/421ab in 2015), yet the fact remains that he wasn’t really affected in that area. Of course this doesn’t mean that Park won’t strike out more in the Majors than he did in the KBO, but what it does imply is that one cannot simply write him off because he comes from a hitter friendly league.

One area Kang did noticeably regress in was the power department. But can I strictly say that he regressed? PNC Park is one of the most difficult parks for right-handed hitters to hit for power. Kang got off to a slow start this season, hitting only 4 homeruns in his first 74 games, but one would assume that while he made the transition he focused more on getting on base and not striking out than hitting homeruns. And, of more or less importance, in his last 52 games he hit 11 homers, a ratio which comes close to matching Miguel Sano’s 18 homeruns in just 80 games.

Could this have been a fluky streak, or was it a sign of lasting improvement? I couldn’t answer that question without shamelessly plagiarizing, but I do know that having such a streak at the end rather than the beginning of the season does point slightly in favor of the player’s talent. It certainly played a card in him finishing 3rd in the NL Rookie of the Year voting, topped only by Kris Bryant and Matt Duffy.

If Park starts out next year putting up stats similar to those Kang did in rookie year, concentrating on not sacrificing average for power and figuring out a whole new level of pitching, he should end up striking out less than 200 times a season, which is no less than is expected of Miguel Sano. Grant it, he’ll never have a season with 536 at bats and only 50 strikeouts like Joe Mauer, but nobody expects (or should expect) him to be Joe Mauer. Certainly, Park can provide the power that some have wanted to see coming from Mauer’s bat, but one can’t expect to have their cake and eat it too. You eat the cake, and the piece is gone. Get the power, and average tends to drop…and strikeouts go up. There’s a place for both types of hitter in the lineup.

While it may still be difficult to romanticize this move as of yet, Park definitely has the potential to provide eye-popping power to the Twins’ lineup. It’s doubtful that he’ll ever put up the video game numbers he did in Korea, but he should be able to consistently hit pretty well once he gets over some foreseeable glitches transitioning from the KBO to MLB. I’m looking forward to another season of Twins baseball and seeing a new face in the organization; whether that face will fulfill the expectations that led to his signing is dubious, but I’ve said it before and I’ll say it again: that’s what makes baseball so interesting. We all follow to find out.