Twins 2020 Position Analysis: Relief Pitcher
by Nick Nelson
Episode 15: Get to Know the 1960s Twins (with D...
by Seth Stohs
Which Twins Prospect Is The Most Indispensable?
by Matt Braun
Season 2020, Ep. 1: The One When the Season Sta...
by renabanena
Twins Greatest One Hit Wonders
by Ted Schwerzler
Twins All-Decade Team, the '60s (The Pitchers)
by Seth Stohs

Minnesota Twins Talk Today, 07:01 PM
All:   With all the free time due to not having a new MLB season to follow, I was thinking back to baseball past. Things like the sa...
›

Posted by SD Buhr , 17 January 2020 · 1,397 views
If you follow me on Twitter, you know I've been taking advantage of legalized sports betting in Iowa. Not many days go by between my comments or observations concerning the betting lines on the teams and sports that I tend to follow. 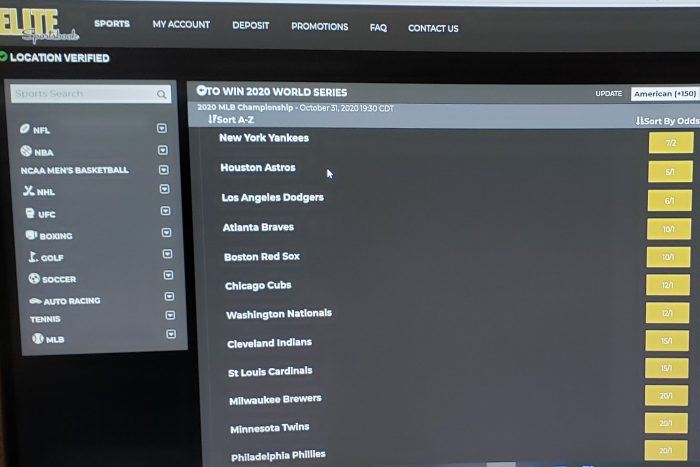 Naturally, that means I had to check out the shifts in what the oddsmakers set for the Minnesota Twins chances of success are in 2020 after the Twins front office signed Josh Donaldson to a hefty free agent contract. The signing has been widely seen as a signal to their fan base and any other interested parties that the Twins are serious about taking advantage of their current window of competitive opportunity.

Winning the American League Central Division title is nice, but with the strong core of talent on the Twins roster, you can't blame fans for wanting more. We want postseason success! Winning 101 games was terrific! Losing three straight games to the Yankees in the American League Division Series, not so much.

The signing of Donaldson to a contract far beyond anything the Twins have ever offered to a free agent before appears to indicate that the front office agrees.

So the question remains, does the addition of Donaldson, which allows the Twins to assemble what could arguably be considered the most dangerous offensive lineup in Major League Baseball, really improve the Twins' chances of winning an American League Pennant or, if we're allowed to dream, even their first World Series Championship since 1991? Or will it still take more (a top-of-the-rotation starting pitcher, perhaps) to significantly improve those chances?

While I'm still a relative novice at the sports betting thing, here's something it didn't take me long to learn: The people who set the gambling odds know what they're doing. They don't let emotion and personal bias determine the betting lines they set... at least not their own emotions and personal biases. They will absolutely take into account the bettors' emotions and biases if they believe it means those bettors will let their emotions influence their bets.

Take the betting lines set for the Twins' 2020 season, for example.

First, don't let anyone tell you that the Twins aren't the favorites to repeat as champions of the American League Central Division. Yes, the White Sox have made some significant moves. Yes, Cleveland still has talent on their roster. That's nice, but the sportsbooks are having none of it.

I have accounts with Elites Sportsbook and William Hill and I've learned it does pay to shop around. That runs true with regard to the Twins in 2020, as well.

The difference seems to be how the two sportsbooks see Cleveland's chances of clawing their way back up past the Twins and how strong a challenge Chicago's capable of making. At Elite, they set Cleveland's odds at 6-5 and the upstart White Sox at 7-2. William Hill, however, sets both of the Twins' top Divisional competitors at 3-1.

By the way, if you're one of those bettors that like to bet the longshots, don't bother with Elite, who sets the Royals at 75-1 and the Tigers at 150-1. You want to go to William Hill where you can get 200-1 on your Royals money and a whopping 500-1 if you're willing to bet on former Twins manager's Detroit squad.

But let's start looking at the Donaldson effect. I never bothered to look at what the sportsbooks set for odds of the Twins winning their Division, because to me they were the obvious favorite and where's the challenge in betting on the favorite in a horse race?

A couple of weeks ago, I did see the over/under on Twins wins during the regular season at William Hill was 90 1/2 wins. Today, post-Donaldson signing, it's up to 92 wins. So you can still allow for some regression to the mean and yet make even money on the "over" bet. After all, the Twins didn't shell out all that money to just get an extra win and a half, right?

But let's face it, we all expect the Twins to repeat as Divisional champs. They're going to do fine over the course of 162 games, right?

With Donaldson in the fold, we're looking for more. We're looking to get to the World Series and once you're there, you might as well win it!

Will they still need starting pitching better than what they had against the Yankees in October? Yes. But the extra oomph the Twins get from Donaldson's bat and the improved defense he brings to the infield give the Twins some flexibility with regard to how and when they improve that rotation.

There's no longer a significant rush to get another top-end starting pitcher (or two). They can stand pat into spring training and see whether other teams' demands in terms of prospect returns come down. They can even arguably wait until mid season to see which teams fall out of contention and are ready to deal their aces for help rebuilding their systems. Waiting also gives Michael Pineda, Rich Hill and the bevy of young arms the Twins feel are ready to break out their chances to prove themselves worthy of "top starter" status.

Right now, I'm optimistic (perhaps unrealistically so) that the Twins will not enter the postseason short on starting pitching.

But that's me and my personal bias showing. What do the bookmakers think?

Before Donaldson, the Twins were a 12-1 shot to win the American League Pennant. Now, it's down to 11-1. That doesn't seem like the oddsmakers are all that impressed, does it? Still better than the 10-1 they offer at Elite, though.

That lack of Josh respect is nothing compared to what we see when we look at the Twins' shot at taking home the World Series trophy.

Talk about no respect!

Of course, the thing we have to keep in mind is that the oddsmakers aren't making their decision strictly on what they feel a team's chances are. For them, it's all about getting money bet on both sides of the line so their bosses make money regardless of who wins. They're setting these lines where they feel they can get people to bet on both sides.

Do you disagree? Are you amazed that not only are the Twins a bigger longshot to win the Series now than they were when last season ended, but that Donaldson doesn't move the needle in their direction at all?

But how strongly do you disagree? It's never been easier to put your money where your beliefs are. No, I'm not suggesting anyone mortgage their house and put the money on the Twins to get World Series rings. In fact, I'm usually not inclined to bet much money at all on teams I have a genuine rooting interest in. Emotion and gambling don't mix well.

But I have to admit, it just seems weird to me that the betting community, the oddsmakers and the gamblers, don't see Josh Donaldson's addition as improving the Twins' chances of finishing the season with some hardware. Does it make them a favorite for anything beyond winning the AL Central again, no. You still have to beat the Yankees at some point and that won't be easy.

But the argument that Donaldson makes that only slightly more likely... and not at all more likely to top whoever comes out of the National League in the World Series... just is a tough one for me to understand.

It's a tough betting line for me to ignore. In fact, I couldn't ignore it. I put a little something on the Twins at 20-1 back in November and I've added a bit more at 22-1. I also put a bit on the 12-1 odds to win the AL and I've added some to the "over" at 92 wins. I couldn't pull the trigger on 90 1/2 before Donaldson - I simply had little confidence that ownership would ever sign that kind of check - but I wish I had.

It will be interesting (to me, anyway) to follow these betting lines over the coming weeks to see if there's any sort of movement as we get closer to Opening Day, 2020.

(This article was originally posted at Knuckleballblog.com)

You still have 5 - 6 ballclubs that look better on paper.Yankees, Astros, Dodgers, Nationals for sure and then the Rays, Boston, Cubs all in the same area.What do all of these clubs (maybe minus Boston and the Cubs) have in common, very good pitching.This is the hump the Twins have to climb over.A lot can change, one key injury, players doing quick declines, and the fact the Yankees have a super club right now all play into the odds.

Jan 18 2020 09:56 AM
On that list, the Nats are not getting the respect they earned last year Twins odds look good. I don’t understand a Cleveland being rated higher

Jan 18 2020 09:56 AM
On that list, the Nats are not getting the respect they earned last year Twins odds look good. I don’t understand a Cleveland being rated higher

On that list, the Nats are not getting the respect they earned last year Twins odds look good. I don’t understand a Cleveland being rated higher

Again, an example of why I have accounts at multiple sportsbooks. In fact, since the casino in Northwood (near the Minn border on I-35) uses FanDuel, I may stop in there at some point and set up an account with them, too, just to have another option.