Looking Way Ahead: Who Needs to be Added to the...
by Seth Stohs
Devil's Advocate: Why the Josh Donaldson De...
by Matthew Lenz
With Donaldson in the Fold, Can the Twins Affor...
by Nash Walker
Garbage Can Whacker Needed For Major League Bas...
by RandBalls Stu
Winter Meltdown Tickets Sold Out!
by John Bonnes
The Twins' Great Advantage (That They Aren...
by Matt Braun

Minnesota Twins Talk Today, 11:15 AM
The Twins made a franchise-altering move on Tuesday by signing superstar third baseman Josh Donaldson. His addition turns them into a ser...
›

Twins Minor League Talk Today, 11:14 AM
Normally we consider which players will need to be added to the 40 man roster after the season, leading up to the decision becoming offic...
›

Minnesota Twins Talk Today, 11:04 AM
Alright, we’ve all had time to be excited about the Minnesota Twins making an impact move and landing MLB Trade Rumors' fifth-best free a...
›

Twins Minor League Talk Today, 11:01 AM
I put together a quick package of Royce Lewis highlights from his time with Double-A Pensacola. Enjoy!
›

Jose Miranda Heats Up With the Weather

Posted by SD Buhr , 11 June 2018 · 674 views
The month of April was not kind to Cedar Rapids Kernels infielder Jose Miranda. 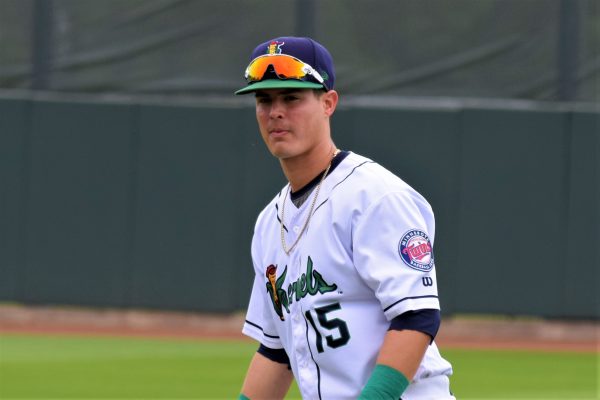 After hitting .284 and putting up a .824 On-base Plus Slugging (OPS) for rookie level Elizabethton in 2017, Miranda was one of several highly-regarded hitting prospects that were expected to power the Kernels’ offense in 2018, but the 19-year-old from Puerto Rico managed just a .180 batting average in 16 April games for the Kernels before the calendar mercifully turned to May.

Since then, however, Miranda has not only been hitting at a respectable .262 rate, but has six doubles, a triple and four home runs among his 40 post-April hits.

Being younger than almost all of the pitchers he was facing would be enough of a factor to explain the slow start with the bat, but Miranda had one more thing going against him that many of his teammates didn’t have. Unlike some players who spent their high school and/or college days playing ball in the northern areas of the United States, playing baseball in the cold was a new experience for Miranda.

He’s reluctant to blame his slow start on the weather, but facts are facts.

“I don’t want to say it was the weather, but maybe in part, yeah, because the first month it was pretty cold,” Miranda conceded recently. “I’m not used to the cold weather because Puerto Rico is always hot.”

As the temperatures have been rising in Iowa and the surrounding area, so has Miranda’s stat line.

Kernels hitting coach Brian Dinkelman thinks the weather had something to do with the infielder’s sluggish start to the season, as well.

“Over the first month, tough weather conditions, first time experiencing cold weather, so I’m sure that had a little to do with it,” Dinkelman reflected. “He’s got some confidence now. He’s been hitting the ball better the last few weeks. He’s swinging at more strikes.” 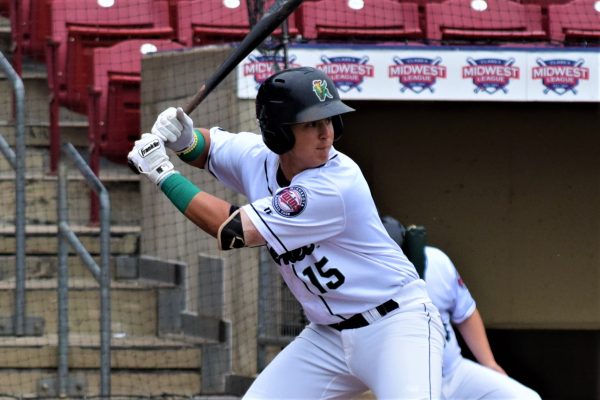 Dinkelman is seeing better pitch selection from Miranda. “Especially with guys in scoring position. Not getting himself out on the first or second pitch by chasing or getting in a hole 0-1, 0-2. Been better the last month about getting good pitches to hit. When they’re in the strike zone, he does ok.”

Miranda, himself, admits he has an affinity for taking a good whack at the first pitch. Even so, his aggressive approach hasn’t led to a ton of strikeouts. Through his first 213 at-bats, he’s K’d only 31 times.

“And no, I don’t like striking out,” he added, emphatically. “I hate it. Since I was little, I’ve tried to battle.”

Miranda has had plenty of talented hitters to watch and learn from in Cedar Rapids this season.

“We’ve got a first overall here, Royce (Lewis), and other guys that are first rounders, second rounders,” Miranda pointed out. “It doesn’t matter if they’re like first 10 rounds, all the guys are super important for me, too. It’s pretty cool to play with these guys.

“I feel like the power is coming on,” he said. “I feel like I’m barreling the ball more. I’m have better swings and it’s summertime, so I think the ball is going to keep flying out.”

Miranda said he’s been playing baseball since he was four years old.

“When I was little I used to play in my back yard. Everybody came to my house,” he recalled. 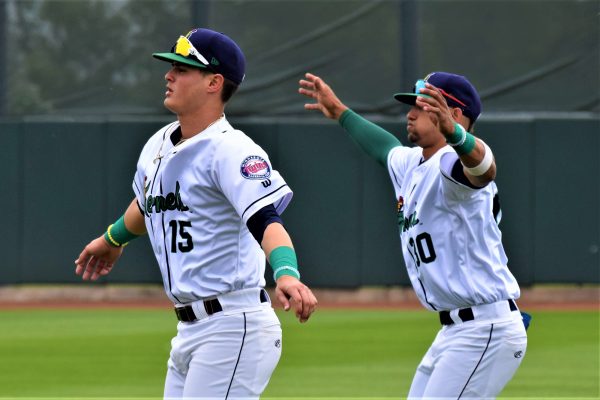 He was a shortstop through his high school playing days, but at the time he was drafted, scouts reportedly projected him to end up filling out and moving to third base.

He played almost exclusively at second base in Elizabethton a season ago, however, and seemed to be set there through most of the first couple months of the Kernels season, while 2017 fifth round selection Andrew Bechtold was manning third base.

In recent weeks, however, manager Toby Gardenhire has often swapped the two, giving Miranda time at third base, with Bechtold at second, while Lewis continues to hold down shortstop and Jordan Gore gets a lot of work in a utility role, filling in at all three positions.

Dinkelman acknowledged the change in pattern, but cautioned about reading too much into it.

“Just a little versatility,” he explained. “We like them both at second and third and Gore can play all three. Just to get the experience at each position, because you never know, the higher you go up the ladder and to the big leagues, what position you’re going to play. So, if you can get a little experience at each and figure out maybe what is your best position, it’ll be good for all of them.” 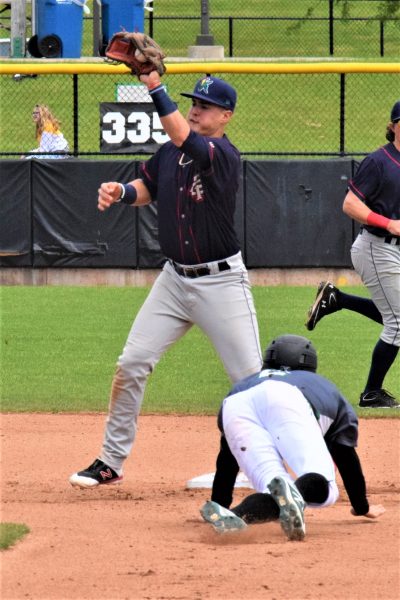 As for Miranda, he’s open to playing wherever the team and it’s leadership need him to play.

“I kind of play wherever they want me, he said. “I do like both (second base and third base). Since I was young, I used to play shortstop, but now I’m playing more second and third and I don’t have a preference. I just want to be in the lineup!”

With the 2018 draft taking place early this month, Miranda was recalling what it felt like to go through the draft process two years ago, as a 17-year-old in Puerto Rico.

“So I was kind of nervous and anxious. I was getting a lot of messages and calls and I just wanted to watch it on TV and enjoy the moment. I got a call from the scout for the Twins in Puerto Rico, (saying) ‘Hey, good luck, I know you’re going to do well.’ I said, ‘Hey, they haven’t called me yet, let me watch it first and I will call you back.’

“So, yeah, it was one of my biggest moments in my life and I enjoyed it.”