Minnesota Twins Talk Today, 08:50 PM
The Twins conclude their week in Chicago with a Sunday night game against the Cubs. The Twins have won two of the first six games against...
›

Posted by John Kelsey , 10 August 2020 · 2,118 views
A week ago, things were looking rosy in Minnesota sports land. Fast forward to today, the Twins are on a four game losing streak, the Wild crashed out of the playoffs and lost the draft lottery, the Timberwolves sill exist, and the Gopher football team went from losing their best receiver to likely losing their entire season.

Perhaps tonight is the night for the Twins to turn this ship around. I follow the Twins very closely, but I rarely, if ever, sit down and watch an entire Twins game uninterrupted. With the Twins playing their Wisconsin “rivals” to the east, and with nothing better to do on a Monday, I figured I’d jot down my thoughts as I take in a game and avoid going outside on a perfectly lovely 78 degree night.

I’m coming to you from my living room in Minneapolis, about 2 miles away from Target Field and roughly 50 Culver’s locations away from Miller Park.

The Twins are sending former angsty Pittsburgh-area teen with dad shoes Randy Dobnak to the mound, and the Brewers will counter with Adrian Houser.

It looks like Mitch Garver is out of the lineup again tonight for no other reason than to try to get his head right and reset from his horrific slump at the plate. Naturally I drafted Garver in my fantasy baseball draft along with two other Twins players. I broke my age-old ‘Don’t draft Twins players too early’ rule and this is what I have to show for it: Josh Donaldson (injured list), Rich Hill (injured list), Mitch Garver (Hasn’t gotten a hit in 8 DAYS!!!! list). Such is life.

6:30 p.m. CT -- The Twins Live pregame show is already trotting out the tired Randy Dobnak Uber storyline in the pregame show. Now that Dobnak is arguably the Twins best starting pitcher, I think it’s time for everyone to move past the cute, “he used to be an Uber driver” story. Unfortunately, I don’t expect it to slow down at all, and therefore I will be starting an UBER COUNTER for all the times they say “Uber” in the broadcast tonight.

7:05 -- I was hoping Justin Morneau would be handling color commentary, but as luck would have it, it looks like Jack Morris is working with Dick Bremer tonight. That’s right. Three hours……. With Jack Morris….I’m trying to stay calm, but…....

7:11 -- One of the things I love about the Brewers is they always have at least one guy on the roster who looks like he could have been out in the tailgating lot pounding beers and sausages before the game. I usually refer to these players as “Brewers Guys” but I think it would be more fun if they created an award for this called “Mr. Brewer” to be handed out each season to the player who most exemplifies what Brewers games are all about. By the way, has there ever been a pro sports franchise whose team name matches the vibe of their team better than the Brewers? They know what their fans are interested in and what makes a Brewers game experience great, and have really leaned into it.

When I lived in Wisconsin (2008-2012), they had some all-time great Brewers Guys, including but not limited to: Corey Hart, Prince Fielder, Casey McGehee, and the legend, Todd Coffey. After scanning the roster, the 2020 candidates for the Mr. Brewer award don’t seem quite as strong, but I think the best early options would have to be Brandon Woodruff, Justin Smoak, Ben Gamel, and Brett Anderson. Now that I’m thinking of it, Dobnak would be a perfect candidate if he played for the Brewers; more deliberation on this as the night moves along.

7:18 -- After Houser got through the top of the Twins lineup in just eight pitches, Dobnak walked the Brewers leadoff hitter Eric Sogard in four pitches. A sign of good things to come, surely.

7:24 -- It looks like the Brewers don’t do the cutouts behind home plate that are in vogue right now. I’m just going to assume they have a cardboard cutout of a drunk fan peeing on his seat in the nosebleeds to keep the vibe alive.

Side story: I have seen this happen twice in my baseball-going life; once at a Brewers game at Miller Park and once by a White Sox fan at the Metrodome.

7:35 -- Luis Arraez comes up for the first time. Can we all agree the “Luis Arraez might hit .400” thing was really dumb? I don’t think his slugging percentage will even get to .400 this year.

Just as I say that, he slaps the Twins first hit to left field. I guess I’m now committed to criticizing Arraez before each of his at-bats.

7:39 -- GM Thad Levine has joined the broadcast and is talking at length about Byron Buxton’s effervescent smile. Shortly after, Buxton strikes out. No effervescence, for now.

7:45 -- Jack Morris complains about Zoom for the first time. Mark it off on your Jack Morris “Back in my day” bingo card.

7:49 -- Orlando Arcia comes up to the plate for the Brewers. Twins fans may remember his brother Oswaldo as the only Twins outfielder who was somehow worse defensively than Josh Willingham and Delmon Young in the early 2010s.

In what I assume was a joint tribute to his brother, Orlando hits one to the wall and allows Eddie Rosario to crash into the wall and not make the catch, putting the Brewers up 1-0.

8:02 -- GRAND SLAM ALERT: Eddie Rosario atones and hits his fourth career grand slam to put the Twins up 4-1. If Bernie Brewer is not going to go down the slide, I will slide down a flight of stairs.

8:07 -- Tough to say what the worst local commercial being played on Fox Sports North is these days, but it seems like they have retired the worst of all time aka “the WOAT” from Kinetico:


Someday I am going to break into my worst enemy’s house and hang this framed image in their living room: 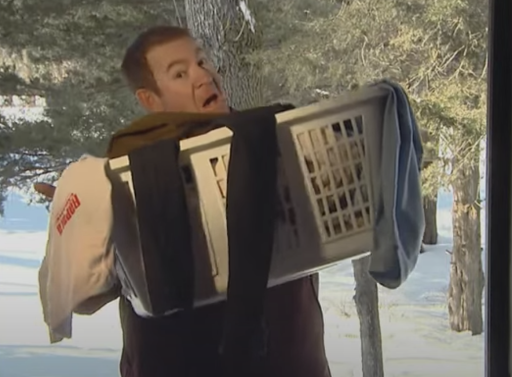 8:12 -- Justin Smoak is showing signs of a mullet coming from under his helmet, greatly aiding his Mr. Brewer candidacy. I think it has to be down to him and Brett Anderson at this point.

8:31 -- In an effort to be transparent with my dear readers, I’ll admit I ate dinner throughout the entirety of the fourth inning. Shoutout to my lovely girlfriend Sophie for the rice bowl.

I can’t even imagine what newfangled technology from the last 20 years Jack Morris complained about while I was away.

8:45 -- Alex Avila just chased a foul ball in a dead sprint at an eight second 40-yard dash pace, which draws chuckles from the broadcast duo.

8:47 -- Dobnak continues to cruise and has barely broken a sweat on his handlebar mustache. He’s retired eight batters in a row and has only allowed one run through five.

9:00 -- Elsewhere, the Detroit Fightin’ Gardy’s just beat the White Sox to move to 9-5 on the year. Twins legend Niko Goodrum went 4-4 for the Tigers as they moved into first place. <<<<This is an insane sentence.

9:03 -- I’m removing Ben Gamel from the Mr. Brewer list. With his hair and tattoos he’s got more of an amphetamine-loving biker look than a true Wisconsin party guy look.

9:06 -- Dick is still holding out hope that the Twins might have fans at their games this year. Who wants to tell him?

After looking at these Brewers jerseys for two hours, I’m convinced their sets with updated branding this year are among the best ones they’ve ever had. A huge improvement over everything that featured their 1994-2019 logos.

9:18 -- “First time I’ve broadcast a Milwaukee game without being there, but what I wouldn’t give for two bratwursts and sauerkraut” -Dick Bremer.

Dick goes on to mention he’s not a fan of the Secret Stadium Sauce at Miller Park. I’ve always liked the sauce and now I’m going down a rabbit hole trying to figure out what it’s made of.

9:20 -- Secret Stadium Sauce has its own Wikipedia page, who knew? Here’s the story:

9:25 -- Apparently they didn’t pause the game so I could read up on the Miller Park brat sauce. While I was away, Tyler Duffey worked another scoreless inning. His ERA stays at 0.00 on the year.

The Twins have looked mostly helpless against Freddy Peralta for three innings now. He has six Ks and no hits allowed as we head to the bottom of the eighth.

9:38 -- Swashbucklin’ Sergio Romo is out to pitch the eighth. Romo struggled in his last outing against the Pirates, which is ironic, because he currently looks like one, mixed with Serpico.

9:39 -- “I’m sure a lot of fans are wondering why teams use so many pitchers now. Starters used to go so much deeper into games and maybe they think that was better.” Jack Morris, projecting his own thoughts onto some mysterious “fans” that definitely don’t just exist in his head.

9:53 -- As the night (hopefully) begins to wind down, it’s time to hand out the hardware! This year’s Mr. Brewer winner is Brett Anderson! Congrats to Brett for looking like an older version of roughly half of the really drunk guys I went to college with at UW-Eau Claire. 9:56 -- Freddy Peralta’s reign of terror (hopefully) comes to an end. He struck out eight batters in four innings, allowing just one hit.

10:00 -- Jedd Gyorko (pronounced Jerk-O) leads off for the Brew Crew. His name will always remind me of the “Jerk Store” episode of Seinfeld.

Jerk Store flies out for the first out.

Rogers strikes out something called "Mark Mathias" to end it. Phew.

Only three hours later, the game is a wrap and the Twins get back in the win column. I wasn’t sure if this format would work for a game article and to be honest, I’m still not, but thank you for reading if you made it this far. I’ll leave you with this image of a brat with Secret Stadium Sauce as we reflect back on better times at the ballpark. 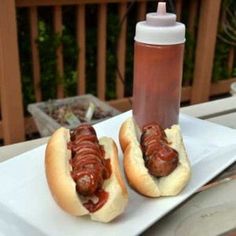