Feb 26 2021 05:38 AM | RandBalls Stu in The Lighter Side
The Old Ones, praise their name, look to build on some unexpected preseason momentum. Image courtesy of © The News-Press-USA TODAY NETWORK
Top Minnesota Twins prospect Royce Lewis slipped on some ice when a freak snowstorm hit his home state of Texas. When he got to Spring Training, he was diagnosed with a torn ACL. The Injury Gods took notice.

“This took them by surprise too,” said a source close to the Gods, who requested anonymity in order to avoid being catapulted into the Swamp of Dread and Biting Things. “A snowstorm in Houston was not on their radar, and bear in mind they trapped Marty Cordova in a tanning bed because they were bored on a Thursday.”

This bonus misfortune is said to be spurring the Injury Gods to inflict even greater anguish on long-suffering Twins fans.

“When something like that falls in your lap you can really build an avalanche of pain and perfect grief,” said the source. “If They play this right, the agony promises to be even more exquisite than last year’s playoff exit.

“You don’t expect to see Jontu of the Poison Wind smiling. He’s older than time itself. But He’s like a kid out there, just looking at Minnesota’s deep roster of young talent and noting how fragile their tendons and ligaments truly are.”

While it’s impossible to know what the Old Ones have planned in specific, a second source tells Twins Daily to expect the unexpected.

“Look, it’s not going to be a pulled hamstring running out a grounder,” said the source. “It’s not going to be a pitcher feeling something tighten when he throws a fastball. That is played out. This is Minnesota. They’re going to make it hurt and make it confusing. Why did a Dodge Charger just fall on Alex Kirilloff? He’s standing in the dugout. How’d a car even get in there? Why is the stereo playing ‘Butterfly’ by Crazy Town? You’ll go to your grave never knowing. Alex will retire at 28 to become a gardener and his left elbow will always hurt when it rains.”

The source also speculated that They would not limit their attention to the state’s baseball team.

“Oh, They’re quite aware of the Minnesota Vikings,” said the source. “Torvald the Bleak calls them His finest work. Who do you think guaranteed all that money to Kirk Cousins?”

Funny as always, but this one hits close to home in the way it makes you sad. Your columns are always on point with the Twins.

This is Minnesota. They’re going to make it hurt and make it confusing

Im laughing so I dont cry...

Liriano in ‘06 will always be their finest (cruelest) work.

Isn't Torvald the Bleak the one who used to sound the gjallarhorn at the Metrodome?

“When something like that falls in your lap you can really build an avalanche of pain and perfect grief,” said the source. “If They play this right, the agony promises to be even more exquisite than last year’s playoff exit.

Play it wrong then, please.

Can you send me some of whatever you're smoking? Better yet, just send a brownie or two. My lungs are shot. The Old Ones did that to me. 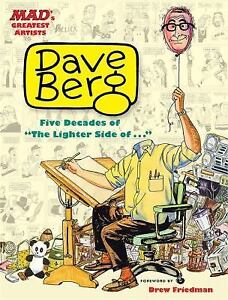 "The Lighter Side of Devastating Sports Injuries, Volume 1"

I apologize for Lewis' injury. That's on me.

I shoulda known better than to make a Prisoner reference about Balazovic being #6, and thereby dooming us to have a new #2 every epsiode...

The gift that keeps on giving?

The gift that keeps on giving?

Yeah, Randballs Stu, you need to step up your game a notch. You got beat by Reality. Next time go big or go home!