Minnesota Twins Talk Today, 09:42 PM
Dust off that antenna, folks: the Twins 2020 postseason debut is over the air on ABC (albeit at 1 PM on a Tuesday, pre-empting some soap...
Full topic ›

Minnesota Twins Talk Today, 06:30 PM
Going into the final weekend of the season, the eight-team AL field is nearly set, though no team is locked into its seed. Here's what I...
Full topic ›

Minnesota Twins Talk Today, 08:29 PM
First of all, congratulations to the entire Twins organization, fans and friends for winning the AL Central!This was a tough division in...
Full topic ›

Bet On It! The MLB Postseason
by SD Buhr
PCIs: why the Twins might have trouble with Houston
by weinshie
Yearly IBWAA Awards Time
by Ted Schwerzler

Jan 10 2020 07:33 AM | RandBalls Stu in The Lighter Side
The former Twins manager was less than pleased with the popular game show and wants to know why he can’t find any shows about surgeons or firemen. Image courtesy of © Raj Mehta-USA TODAY Sports
Jeopardy!’s prime time Tournament of Champions has found a lot of fans this week, with one notable exception with local ties. “The heck is a game show on at night for anyway,” asked former Twins manager Ron Gardenhire. “Phrase that in the form of a question.”

The Detroit Tigers skipper was looking for “my stories” on ABC this week and instead found Alex Trebek peppering three of the game show’s greatest players with “answers” about art, history, college football and more. Gardenhire was not amused.

“You watch the news, you watch Wheel (of Fortune), you watch your stories, and you go to bed,” he said. “I don’t Netflix and chill, I don’t have Lulu (sic), and I’m fine with that. But man alive, you see these wisenheimers buzzing and booping, talking about Van Gogh and Mozart when you just want to watch a show about doctors. It’s enough to drive you crazy.”

Gardenhire didn’t limit his criticism to the pre-emption of normal programming.

“None of these contestants look like they know a goldang thing about baseball,” said the Oklahoma native. “You know who Paul Gauguin is, Einstein? How about Paul Goldschmidt, or how to pitch to him? That’ll impress the hell out of me, because I sure don’t.”

The rapid approach of spring training only irked the baseball lifer more.

“My Christmas vacation is pretty much done, and I have to head south pretty soon to get back to work. I just want to see some cops take down some bad guys or an unconventional district attorney take down some Wall Street fat cats. Instead I get these jokers. May as well just tell Andy (Tigers pitching coach Rick Anderson) to rent the RV early so we can hit the road. Sick of this.”

This was just what I needed.

“The heck is a game show on at night for anyway,” asked former Twins manager Ron Gardenhire. “Phrase that in the form of a question.”

What we need is a baseball "reality" show. Maybe have Gardy go on Undercover Boss, you know that show where the stupid folks can't figure out the guy in the cartoon disguise being followed around by a camera crew and a sound guy dangling a microphone over their heads isn't a "real" person? Maybe have a scene with Terry Ryan digging through a dumpster or visiting a retirement home, searching for the next great Twins player with Gardy making caustic comments in the foreground. In the finale they could have Nick Punto throw off the drool-smeared robe disguise, flip out of the wheelchair and snag a baseball thrown by the backup camera guy right out of the air.

I might even watch that... if they can find a slot between all those Chicago shows. You know, right after Chicago Garbage.

Holy Geezus but a Gardy reality show is exactly what I need. I'm not even talking about a baseball-ish Hard Knocks. I mean just following him around in regular life.

I imagine it like "Dog The Bounty Hunter" only it's Gardy going around and tying up milb prospects to drag back to the Tigers training facility.

This was written for the Onion, wasn't it?

Holy Geezus but a Gardy reality show is exactly what I need. I'm not even talking about a baseball-ish Hard Knocks. I mean just following him around in regular life.

I imagine it like "Dog The Bounty Hunter" only it's Gardy going around and tying up milb prospects to drag back to the Tigers training facility.

Brought to you by Coors Light.

“You watch the news, you watch Wheel (of Fortune), you watch your stories, and you go to bed,” he said.

Except for League Bowling night.

At least Gardenhire is consistent. I'll never forget his "I know nothing about pitching" comment when asked about why one of his Twins pitchers pitched to a hitter in whatever way it was, quickly deflecting blame to his pitching coach. By the way, I thought baseball was a game and plenty of baseball games are on at night so those are night time game shows. At least the Tigers picked a perfect manager.

Alex Trebeckzie is a heck of a game show host. He asks the living fire out of the questions. He really battled out there tonight on the big stage. That's fun to see. When you work your tail off like that, good things happen.

I SURE DO MISS THE OLD BOY. 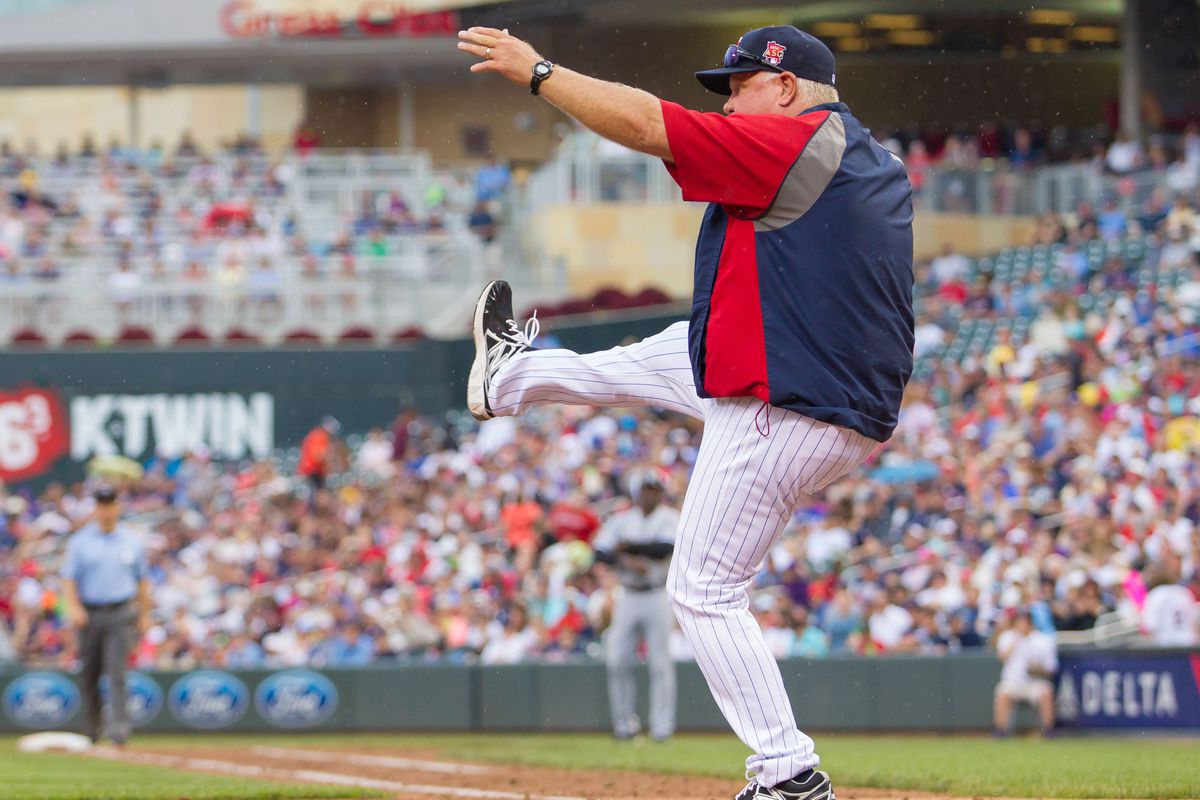