Minnesota Twins Talk Today, 06:58 AM
I know it is only 2 games, but Maeda looks awesome. Is it too early to get excited? FO made some great moves this offseason, wish we had...
Full topic ›

Oct 11 2019 04:55 AM | RandBalls Stu in The Lighter Side
Over six in ten now believe the beloved Peanuts character will never get one over on Lucy Van Pelt. Image courtesy of © Seth Harrison-USA TODAY Sports
In a stark shift in public opinion, a new Star Tribune/MPR poll finds that 67% of Minnesota Twins fans now say that they’re either convinced or strongly convinced that Charlie Brown is never going to kick the football.

The poll, which started at the end of the second inning during Monday’s Game 3 of the ALDS between the Twins and Yankees and finished after the last out of the game, surveyed 500 Twins fans.

“We were surprised to see such a turnaround in our numbers,” said survey director Ed Gilroy. “The same sample group was at 41% just two weeks ago, which we honestly thought was high, given that Charles Schulz has been dead for 19 years.”

The Peanuts storyline, revisited over decades of comic strips and cartoons, finds emotional terrorist/young child Lucy Van Pelt tantalizing Charlie Brown with a football before snatching it away at the very last minute. Brown misses the kick, tumbles into the air, and lands on the hard, unforgiving ground, humiliated and beaten once again.

“This spike, even with a standard margin of error, defies an easy statistical explanation,” says Gilroy. “There’s been no new Peanuts content since 2000. Nothing in the Charlie Brown universe has changed.”

Gilroy admits there are concerns that the pool of respondents might have been emotionally compromised.

“Our survey system takes great care to eliminate bias and provide robust, reliable data. That said, many of the people we spoke with on Monday kept saying ‘OH GODDAMMIT’ and using other strong language during the question-and-answer session.”

79% of those surveyed also agreed or strongly agreed that suffering is all they know or will know. 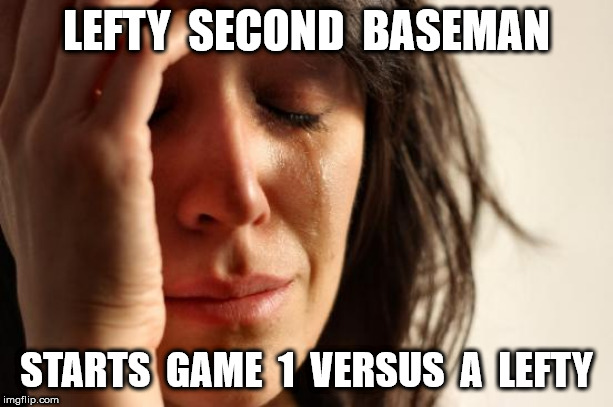 (Hate to step on my own joke, but that's me I'm making fun of, not anybody else.)

From the Peanuts Wiki:

Charlie Brown is depicted as kicking the ball in the special, It's Magic, Charlie Brown, in which he becomes invisible. However, that did not happen in the strip, so was not considered canonical by Schulz.

I guess that's equivalent to the Twins assorted regular-season wins over the Yankees -- considered non-canonical.

Shulz was from the Twin Cities, right?

Shulz was from the Twin Cities, right?