Minnesota Twins Talk Today, 05:47 PM
Catch-Up How did you all enjoy your day off? I'm sure the Twins did. Buxton is playing arguably the best all around baseball of his caree...
Full topic ›

Roundtable: Is a World Series Champion in an 82-Game Season a Legitimate One?

May 25 2020 08:30 PM | Cody Christie in Minnesota Twins
The Twins were widely considered one of the top teams in baseball entering the 2020 season. While the Dodgers and Yankees might have been considered better teams, the Twins certainly had a chance at winning their third World Series since the team moved to Minnesota. Obviously, the current season is going to look different with a limited amount of games, new divisions, and an expanded playoff format. So will the 2020 World Series champion be legitimate? Image courtesy of © Brad Mills-USA TODAY Sports
Here is what the Twins Daily writers had to say when asked, “Do you think the World Series Champion in an 82-game season would be legitimate?”

Seth Stohs: Of course. The NHL and NBA had 82-game seasons and then they crown legitimate champions. If it's about number of games, the NFL plays 16 games and then has a champion. If the question is because it's a shortened season, well, then there have been several shortened seasons in MLB history and those champions have been considered legit.

Nick Nelson: To me, the legitimacy of naming a 2020 MLB champion is more dependent on the makeup of a season than its length. I think 82 games is sufficient, especially with expanded playoffs. But how many players aren't participating? Is it fair to call this an official season of record if numerous stars opt out, especially if some teams are disproportionately affected? I don't think so.

Ted Schwerzler: It’s still a season and not just a playoff. It’s different, but sanctioned and legitimate, nonetheless.

Cody Pirkl: I would say yes, but I think the public perception will be based off of what team wins it. If a team like the Diamondbacks or the White Sox won, I think people would be more likely to point out the small sample size not being legit.

Nash Walker: Yes! 100% yes from me. As others have pointed out, overcoming the obstacles of a global pandemic and delayed season is more impressive than a regular year. It’s gonna be different, but legitimacy won’t be a question for me. Whoever takes the cake will have earned it during an unprecedented time.

Cody Christie: I think it is a strange proposition because there have been previous shortened seasons, but none that have been in the 80-game range. I think fans of the winning club will view it as legitimate, especially if it isn’t the Yankees or the Dodgers.

Matt Braun: The championship was won under the rules set forward by MLB and the players association. Yes, it would be an unusual World Series victory, but the team accomplished what they did legitimately with the same parameters as every other franchise.

Cooper Carlson: While I understand there will always be an asterisk for the 2020 World Series champion, I still believe the champion will be legitimate. 82 games is enough to weed out who the best teams are and provide a solid group of playoff teams. After 82 games last year, the playoff teams would have been the Yankees, Twins, Astros, Dodgers, Braves, Cubs, Rays, Rangers, Brewers and Phillies. That group truly only has one outlier (sorry Texas) so I think 82 games will work. While 82 isn’t ideal, it’s the best we’re going to get in 2020 and that’s alright.

Andrew Thares: Yes, since playoff performance isn’t as heavily correlated to regular season performance as most people think, and that is already what determines the World Series champion.

Matthew Lenz: Yes, same rules and chances for every team. Teams may inadvertently be better built for an 82-game season but I still think that’s a big enough sample to figure out which team is the best.

What do you think? Is the winner of a World Series in an 82-game season legit? Leave a COMMENT and continue the discussion.

May 26 2020 12:21 AM
Yes. The lousy, cheating Astros title from a few years ago is still considered legitimate so 2020 should have no issues in comparison. World War II had players lost to war service including big names such as Ted Williams, Stan Musial, and Joe DiMaggio and those years are all considered valid.

I'm sure it would be legitimate, but even if it happens, many major leaguers won't show up. It would be more of a AAA/AA/A championship season. And by 2021 large numbers of 2019 major leaguers will be released anyway. Just make the abbreviated season a showcase for young, hungry talent.

Yes, I think it should. Even though when you look back at all the World Series champions in a few years, 2020 will have an asterisk next to it, the champion should get regular credit. (Especially if it's the Twins!*)

Yes, every team plays under same rules for the season.Could who makes the playoffs be adjusted due to shorter season sure, but that does not make who wins any less legitimate than any other.82 games will still be good enough to separate the teams.If they did just a tournament like World Baseball Classic or something like that, then no that is not a good way to determine who should be champ because hot streaks and slumps, which is part of the game, could greatly change the outcomes.That happens in playoffs all the time though.

The most interesting will be how some pitchers will perform in late in the season with the reduced work load.May we end up with a different team than what would have been expected in full season, sure, but teams will have to adjust to new situation and that is sign of good team.

Yes.We do not talk about the legitimacy of the strike seasons, the world war depleted seasons, the nine game series, or even the year that McGraw refused to participate in the series.The series stands alone as an experience - we do not remember the playoffs once the series begins (unless it was the Twins versus Yankees) and seldom do we quote the records from the regular season.When wild cards win it does not diminish the championship, when cheaters win we do not remove them from the records except for the 1919 Black Sox - who are actually more remembered than the poor Cincinnati team that actually was the winner of the tainted series.

If the Twins can avoid the Yankees and win I will be excited and happily congratulate them.

The courage & the hassle for any team to get there, more than qualifies them. It`s still the World Series, the 2 teams that qualifies goes through the same pressures & challenges of that ultimate series . 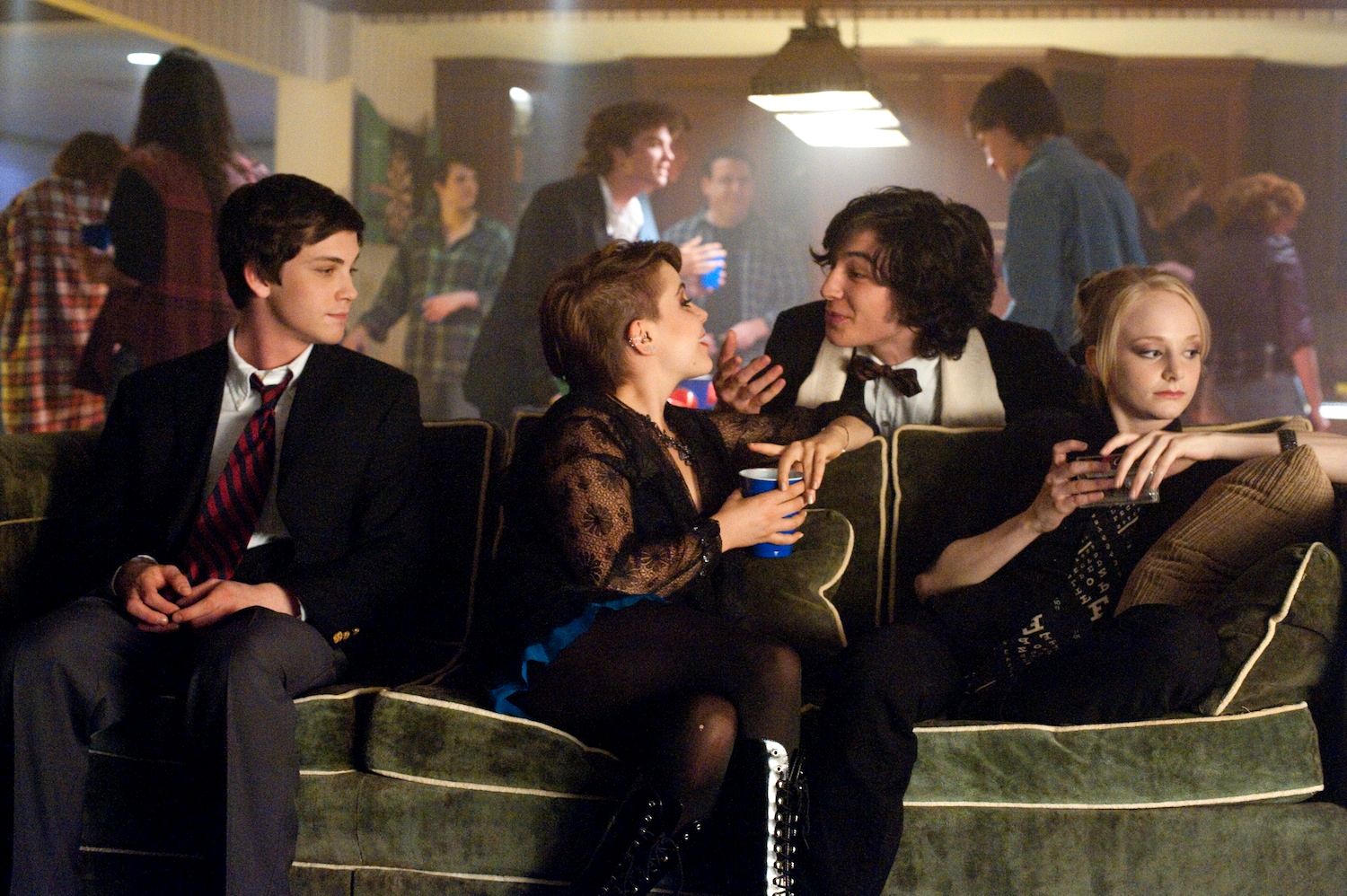 "Alright, which one of you let THIS guy know about the party?"

I think Cody Pirkl's spot on. If the winner is a team that was expected to be a contender in 2020, then the champion will be considered legitimate. But if the Rangers or Blue Jays or Mariners manage to come out of left field and get hot--even if unbeknownst to all of us, they would have done the same in an alternate reality 2020 where 162 games were played--people will blame the shortened season and consider their crowning illegitimate. That's especially true if it's a flash-in-the-pan season where they fall back considerably in 2021.

May 26 2020 06:44 PM
While a half season stinks, it should be enough for the true contenders to sort themselves out. Lesser teams could be hot for stretches, but not sure they could maintain momentum needed to reach the playoffs, much less win it all. However, the 1987 Twins team might disagree with me going from worst to first. I want to agree with Nick on their being a caveat asterisk involved if there is an "epidemic" of players who sit out. But if it turns our to be a small number, then I would call that not historically consequential as every season there are some guys stars or not, that are hurt and miss large chunks or all of a season due to injury. History should look on 2020 the same in this case should it prove to be a small group.