Minnesota Twins Talk Today, 09:37 PM
Just for fun-here is 1 player at each position that might be worth the money and my contract estimates:   C- Sandy Leon 1 year/1.5 m...
Full topic ›

Minnesota Twins Talk Today, 08:59 PM
I looked and didn’t see this on Twinsdaily. Like a great baseball writer before him (Reusse), LaVelle E Neal III is being promoted from...
Full topic ›

Twins Minor League Talk Today, 06:54 PM
Many teams would be ecstatic to have the likes of Alex Kirilloff and Royce Lewis headlining their farm system. For Twins fans, a debate c...
Full topic ›

Minnesota Twins Talk Today, 06:34 PM
Could Dobnak be an all star? With this terrific infield, I believe he could be. When Donaldson was in the line up Dobnak shine...
Full topic ›

Minnesota Twins Talk Today, 06:01 PM
Let me state I love Cruz and want him back if possible. I not only believe he brings class, experience, knowledge and leadership to the t...
Full topic ›

Jan 14 2021 11:00 AM | Matthew Taylor in Minnesota Twins
With Marwin González and Ehrie Adrianza both free agents, the Minnesota Twins have a massive hole at the utility spot this offseason. There are many names available, but two names make a lot of sense as options for the Twins. Image courtesy of © Kelvin Kuo-USA TODAY Sports (Hernández) and © Kelley L Cox-USA TODAY Sports (La Stella) -- Illustration by Adriana Taylor
“Free Agent Faceoff” is a multi-part series where I will be pitting two free agent targets against each other and determining which would be a better option for the Minnesota Twins. In case you missed it, be sure to check out part 1: Marcell Ozuna vs. Nelson Cruz.

While the Minnesota Twins are looking to sign a utilityman, they are not looking to sign a bat off the bench who will appear in 60 games over the course of the season. Because of the way that the Twins have suffered injuries, as well as their tendency to rest their players, the utilityman position for the Twins has become an everyday starter. Take Marwin González for example — in the two seasons that he was with the Minnesota Twins, Marwin appeared in 75% of the team’s possible games.

With that being said, the decision of who to sign in this role will certainly be a big one. The two utility men that will be squaring off in the second edition of “Free Agent Faceoff” will be two of the biggest names on the market, Kiké Hernández and Tommy La Stella.

Kiké Hernández’s biggest asset for the Minnesota Twins would be his versatility in the field. Unlike any other free agent utilityman on the market, Hernández has the rare ability to play all 9 positions in the field. For a Minnesota Twins team that has been ravaged with injuries over the past two seasons, having a utilityman who can play anywhere is a big deal. While defensive runs saved isn’t a fail-proof metric for defensive performance, the fact that he produced a positive number in that metric at each position shows that he can bring some serious juice to the field for a Twins team that began to pride themselves on that skill in 2020.

Finally, what Hernández brings as a free agent is something that doesn’t show up in box scores — big game experience. Playing with the Dodgers over the past 6 seasons, Hernández has had his fair share of postseason experience. In total, the former Dodger has appeared in 58 postseason games in his career, and now owns a World Series title. For a team like the Twins that has struggled so much in the playoffs, acquiring players with playoff pedigree who have won on the big stage before isn’t a bad idea.

As previously mentioned, with the primary utility position the Minnesota Twins will be signing an everyday player expected to amass between 450-500 plate appearances. With that in mind, the Twins cannot afford to sign a player who is going to be a minus at the plate, which Hernández has been in recent seasons.

While Kiké Hernández has been a league average hitter over the course of his career, over the past two seasons he has been downright poor at the plate. Since the start of the 2019 season, the utilityman has hit just .235 with a meager .707 OPS. His numbers against left handed pitching haven’t been much better, posting an OPS against southpaws of just .739 over the same time frame. Outside of a breakout season in 2018, Hernández has never posted an OPS above .730 in a season in which he amassed more than 225 plate appearances, a number that he will surely eclipse in 2021. While the fielding flexibility is a huge plus, the Twins showed in 2020 how challenging it is to compete in games when struggling at the plate, and Hernández’s downside at the plate might just be too steep.

Though he doesn’t have the name recognition of other great players around the league, Tommy La Stella has been excellent at the plate for a really long time. Since the start of the 2017 season, La Stella has hit .284 and posted an OPS of .800. Focusing in on more recent seasons, La Stella has been even better, posting a .827 OPS since the start of the 2019 season — a mark better than sluggers such as Francisco Lindor, J.T. Realmuto and José Altuve. In addition to hitting for a high average and showing power, La Stella has proven himself to be one of the smartest hitters in baseball, as his 5.3 K% in 2020 was the lowest strikeout rate in all of baseball.

La Stella can play 1st, 2nd and 3rd base, and his left handedness presents the opportunity to spell Josh Donaldson and Miguel Sanó against right handed pitching. As two of the more injury-prone players on the team, the ability to get each of them consistent rest without suffering a huge dropoff in production at the plate would be an enormous opportunity.

The biggest strike against Tommy La Stella as an option for the Minnesota Twins this offseason is his inability to play shortstop or play in the outfield. The Minnesota Twins are extremely thin at the shortstop position, with Ehrie Adrianza a free agent and Jorge Polanco undergoing ankle surgeries in back to back seasons. Signing a backup shortstop is one of the greatest needs for the Twins, and La Stella would not be able to fill that need.

While Kiké Hernández brings plenty of big game experience and championship pedigree, Tommy La Stella is the better option for this Minnesota Twins team. With the offseason departure of Eddie Rosario and the uncertainty surrounding Nelson Cruz, the Twins cannot afford to give 500 plate appearances to an average or below-average bat in 2021, which is what Kiké Hernández would bring.

In Tommy La Stella the Minnesota Twins would be bringing in an excellent bat who has hit baseballs at the rate of much better known stars in the league. Further, the fact that he has an opposite handedness of Josh Donaldson and Miguel Sanó is a huge advantage, as 1st and 3rd base have been the two positions in the diamond where the Twins have most needed to utilize their utilityman position.

While the fact that La Stella can’t play shortstop isn’t completely ideal, the Twins still have a second utility spot to fill where they could bring back Ehire Adrianza or call up any of their minor league glove-first infielders they have signed this offseason to eat innings at shortstop.

Tommy La Stella has played with 3 different franchises in the Cubs, Angels and Athletics and proven at every stop that he can be an excellent hitter. La Stella was an all-star 2019, and possesses all the tools to be an all-star with the Twins, should he be the man they ink as their utilityman this offseason.

Do you think the Minnesota Twins should sign Kiké Hernandez or Tommy La Stella this offseason? Is there another utilityman you would prefer over these two options? Leave a comment below and start the conversation!

Be sure to continue to check back to Twins Daily this weekend for another edition of "Free Agent Faceoff"!

I am not convinced that either is as high a priority as a SP, A quality arm for the BP and/or a SS which would free up Polanco/Arraez to fill the role either of these two could fill.

Jan 14 2021 01:54 PM
Agreed. Get a starting SS, and we have Polanco/Arraez and soon Lewis to start at 2nd and be z as utility infielder and outfielder.

Strictly between these two, I'd go with La Stella. But if the Twins sign someone like Simmons or Semien to play SS, or less likely, trade for Story, that drastically alters the Utility man landscape on the roster.

If FO obtains both an upgrade SS & a 4th OF that can sub adequately Buxton, I'd go w/ LaStella ( I love his bat ). That is if you can convince him to settle for utility (I doubt he will). So right now as it stands my vote goes to Hernandez. Besides his glove & clutch hitting (which the Twins need desperatly),he wants to prove he can start every day. Which means he can hit if given the opportunity. Like Maeda he's motivated to prove everyone wrong. So I'll bet on Hernandez. Also he wants only a yr. contract.

Tommy LaSorda passed away recently. He was too old anyway. Hard pass. 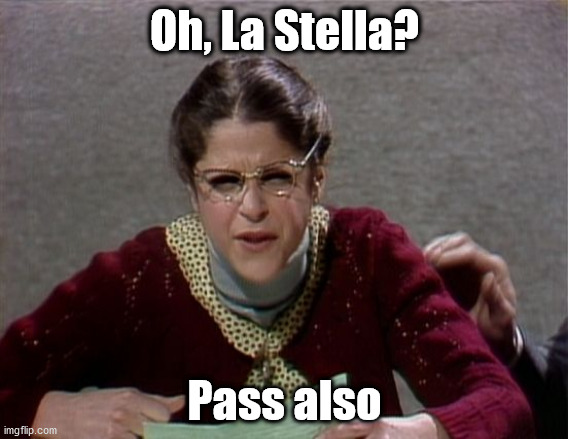 I would also consider Jonathan Villar. Not much OF experience, but that's less valuable to me. Glove quality seems questionable, but hopefully workable.

Both are fine players but ... hard pass in favor of other needs: bat, pitching, and pitching.