5 Overreactions to the Twins Game 1 Loss

Sep 29 2020 06:00 PM | Cody Christie in Minnesota Twins
The Twins entered play on Tuesday with losses in 16-straight playoff games and the team hadn’t be favored in a playoff series since 2006. That series didn’t turn out so well as Minnesota ended up being swept by Oakland. Now the Twins are going to have to win two straight games against the Astros to make it out of the Wild Card Series. Fans are going to overreact to many things from one game and here are five of the easiest to pinpoint. Image courtesy of © Jesse Johnson-USA TODAY Sports
Overreaction 1: The Twins can’t score with runners in scoring position.
The first inning was rough as the Twins loaded the bases with one out in the frame. Eddie Rosario hit a scalding line drive at over 100 mph that happened to find the glove of the first baseman. With two outs, Miguel Sano hit a slow roller and nearly beat it out for an infield hit. His sprint speed on the play was 28.9 ft/sec which is 1.5 ft/sec fast than his average this season. The Twins didn’t score, but the club made Greinke throw 30 pitches in the frame. Even though Minnesota didn’t capitalize, the Twins got Greinke out of the game early enough to give them time to strike against the bullpen.

Overreaction 2: Kenta Maeda is the Twins best playoff pitcher since Jack Morris.
Kenta Maeda wasn’t perfect on Tuesday with three walks and five strikeouts over five shutout innings. He got out of one bases loaded jam to keep a zero on the board, but many fans might have forgotten about how good a former pitcher was in October. Johan Santana was outstanding during the playoffs near the end of his Twins tenure. In his last three postseason starts, he allowed three earned runs over 20 innings with 20 strikeouts and five walks. The Twins only won one of those games and it was the team’s last postseason win.

Overreaction 3: Rocco Baldelli overmanaged his catchers.
Ryan Jeffers was the correct choice to start the game and he put together two solid at-bats that both resulted in line outs at over 100 mph. Overall, this sounds great, but Baldelli turned to Mitch Garver as a pinch hitter for Jeffers in the bottom of the 7th. Garver struggled mightily down the stretch after returning from injury. He promptly struck out on four pitches and then he was replaced behind the plate by Alex Avila. Last season, Garver had an offensive season for the ages when it came to catchers, but that isn’t the player he has been this year. Jeffers should have stayed in the game to get the at-bat and this might be the easiest decision to question.

Overreaction 4: Minnesota’s bullpen is broken.
Tyler Duffey has been outstanding for most of the last two seasons and he gave up the Twins first run of the game. Sergio Romo allowed back-to-back singles to start the top of the ninth inning. He saw the Twins middle infield botch the final out of the inning on an easy throw to second base. Romo ran the next count full before walking in the go-ahead run. Caleb Thielbar came into a no-win situation with the lead already gone and Houston’s best hitters coming up with the bases loaded. Minnesota used their best arms in the appropriate spots and it just didn’t work out.


Overreaction 5: Jorge Polanco is a bad defensive shortstop.
No one can argue that Polanco’s error wasn’t a turning point in the game. On a play that looked very routine, the Twins middle infield duo messed up the play. While fans are going to remember this play, Polanco was remarkably better on the defensive side of the ball. He committed only two errors the entire season and FanGraphs Defensive Runs Above Average had him ranked as the fourth best shortstop in the AL. Polanco is never going to win a Gold Glove at shortstop, but he made positive strides this season and it’s disappointing that one play could define his season.

What are some of your reactions to the first game against the Astros? Leave a COMMENT and start the discussion.

Hell of a time to make your third error of the season...

That wasn't an error, that was a travesty.

That was a throw a little leaguer could make.

Sep 29 2020 06:21 PM
I’m curious is to how one can right an article on 5 overreactions pretty sure these are all facts!!!! Not overreactions

Sep 29 2020 06:27 PM
Extremely disappointed in a front office that put Rocco in the position of using Romo and Thielbar in the 9th inning of a 1-1 playoff game.

Pinch hitting Garver...why?? I guess we know why 4 (four!) Catchers.

Putting Astudillo on the playoff roster is like leaving crack cocaine on the coffee table of an addict. Rocco wont be able to resist.

Is Alcala hurt? Because there is no other reasonable reason he isn't on the roster.

We know Polanco is a poor SS. No range, weak arm. That doesn't excuse the error, of course. But his lack of range showed up twice today.

And finally...i think every Twins fan, in their heart of hearts, saw this coming when they let Grienke wiggle out of the 1st.

But you have to think of using it as if you truly only have you regular amount of pitchers. You have Odorizzi and Dobnak for a reason. We have to rethink baseball and who pitches the 7th and 8th innings and who setsup and closes. With the three batter rule, you just can't do a quickie switch anymore.

You also have to look at use. Why wasn't Duffy pitching on Sunday, for example, getting a little time before THE BIGGEST GAMES OF THEA YEAR.

You have more left/right usage than ever this season.

Yes, us armchair managers always complain that you leave someone in one batter too long. Or start the inning with the wrong pitcher. But.....

Not much to say other than:

That was the worst game from a team with 16 straight losses in playoff history.

If it had been against the Yankees I would have gone out back by the woodpile and vomited.

As it is:buck up and win tomorrow.

6th overreaction: I know I overreacted with my 9th inning throw of my laptop at my tv. . I replaced the laptop tonight. The new TV will be delivered tomorrow morning.

6th overreaction: I know I overreacted with my 9th inning throw of my laptop at my tv. . I replaced the laptop tonight. The new TV will be delivered tomorrow morning.


Pro tip: don't take delivery of the TV until Thursday.

I am still waiting to read the over reactions.

Polanco to not set his feet and deliver a strike = end result throwing error.  Look at the replay from field level to see kind of what he saw and runner was still 10 feet or so away from base when ball hit Arraez's glove.  Like Rosterman said, he had time to plant his feet and throw to first as well. Sloppy mechanics results in sloppy game play.

Playing the shift on almost every batter is way overused.  Earlier in the game if you played normal double play depth, would have had a 4-6-3 DP, but no we get a seeing eye single in the shift where double play position would have been.  The late game bloop line drive to shortstop goes as opposite field single.

Pro tip: don't take delivery of the TV until Thursday. 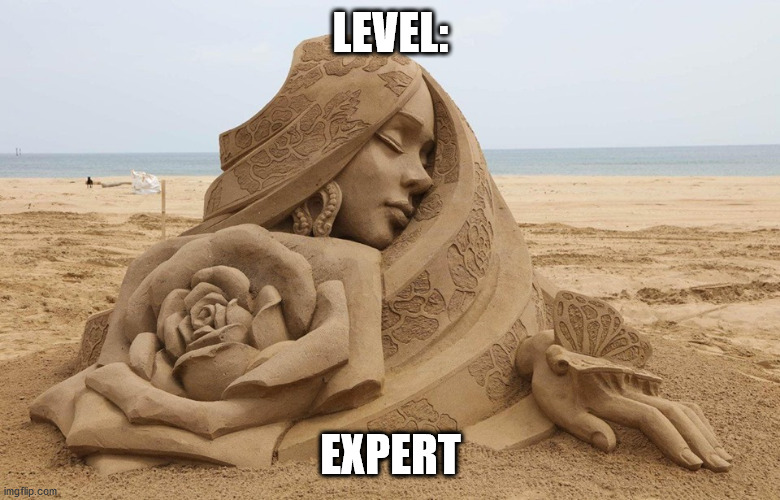 If you are going to take Maeda out after 5 then you have to leave May in for at least two the way he was throwing.  I have never liked the idea of relying on6 different pitchers all being "on".

Pro tip: don't take delivery of the TV until Thursday.

This made me laugh...and hard!

I made an observation after the 10th game of LAST season that the (then) currently constructed Twins were a boom-or-bust team. Their 2019 stats didn't seem to back up my opinion, but I noticed that specifically in high-leverage situations (2 or more on, minus homers), the Twins ability to grind out at bats, string together a few consecutive clutch hits, and drop big innings were relatively rare. We have a team completely full of streaky, pressure-weak players. This was far more evident this year as I went through every inning of all 60 reg. season games and lost count of how many innings we left multiple men on base via terrible at-bats. The Astros lineup has 5+ difficult outs in their lineup. Guys everyone knows by name because of their clutch play, as do the Yankees, White Sox, and even the Rays in the American League. We have Cruz. That's it. And he's even a bit streaky. Make no mistake about it- pitching is the only reason we weren't fighting for the 8 seed this year.

Will be an interesting fall/winter at Target Field.

Should be interesting seeing what team takes the field in Fort Myers come March...assuming there is a spring training. And until we know for a fact that there will be lots of fans in the stands, what will their budget for payroll be next year? My over under is $100,000,000.

Some teams & players are confident in PS, they come alive at PS. Others play like they have a monkey on their backs (everything goes wrong)& I think fans have a lot to do w/ it. I liked to follow the game thread to really get in the game. Some posts are very positive, informative & even funny but others are negative & even toxic so I decided to no longer follow the game threads even during the PS

Sep 30 2020 07:03 AM
I have to say I'm impressed. TDdom is really showing some collective restraint here. I expected all holy hell when I checked in this morning. There were definitely some good takes that deepened my understanding of what happened last night (for me on DVR). That game hinged on the slimmest of margins where we get nailed by "duck farts" and they snare 100mph+ lasers. Here's hoping the scales balance out tonight (today)!

That was playoff loss 17 in a row. We’ve been dominated in the playoffs, and that’s now including multiple playoff appearances for nearly everyone on this team as a Twin. On top of that, it’s at home with your ace pitching against a team that was under .500 overall and awful on the road.

These are the big games. These are the ones that matter. At some point, if you keep folding in these games, you are what you are. It wasn’t just bad luck or a bad night for the offense. We saw stupid managerial decisions errors...a basic inability to consistently play fundamentally sound baseball. We’ve seen it all year.

One thing I’m not seeing much of in terms of a complaint: Why the hell couldnt Arraez come up with that throw to second? It wouldn’t have taken a spectacular play. Polanco needs to make that play cleanly, but it’s not a big ask for a marginally good play to save the error there.