Other Baseball Today, 07:24 PM
Why not?Afterall, they will get their guaranteed money and millions where millions of other Americans will not. https://www.spotrac....b/...
Full topic ›

Minnesota Twins Talk Today, 07:00 PM
I did this once about 2-3 years ago, but it was during the offseason and well, it's been a long time ago... Let's get to know each other...
Full topic ›

Other Baseball Today, 05:13 PM
My first prediction is that WA signs their two big possible FAs to extensions.   My next is that Cole goes to LAA.   The White...
Full topic ›

Mar 22 2019 05:00 AM | RandBalls Stu in Articles
With Opening Day less than a week away, the Minnesota Twins are in the process of making some hard decisions. And for one local grad student, it means a lot of extra hours in the library and at her laptop. Image courtesy of © Jasen Vinlove-USA TODAY Sports
Cara Daugherty, 24, is working toward her master’s degree in Germanic Studies at the University of Minnesota. For now, her studies are taking a backseat to figuring out the correct phrasing for the reported elevation of German native Max Kepler to the leadoff spot in 2019.

“The local media wants a fancy word like schadenfreude for this situation,” says Daugherty, who declined to name the personalities in question, but characterized them as “talk radio jackals” and “podcasters” who are constantly emailing and texting her for the right turn of phrase.

“Everyone seems to agree that it’s a real roll of the dice on the team’s part,” says the Minneapolis resident. “But they also agree it would be pretty cool if there was a mysterious German word to tack on to the decision.

‘Rubes love big words’ is what one of them told me.”

Her research, which has keyed in on words and phrases like “hubris”, “throwing darts”, and “Carlos Gomez, but in a black turtleneck”, has so far returned zero applicable results.

“It just ends up being a string of angry-sounding words,” says Daugherty. “Nothing elegant or pithy to really bring the feeling of dread mingled with blind hope into view.”

Erik Solheim, Daugherty’s faculty adviser, says this is not the first time such an issue has arisen.

“Back when the Twins transitioned Miguel Sano to the outfield, we had a couple requests from media to winnow that entire disaster into one word or phrase,” says Solheim. “The best we could do was
‘Auf jeden Rechen auf dem gottverdammten Parkplatz treten’, which roughly translates to ‘stepping on every rake in the goddamn parking lot’,”

Mar 22 2019 06:12 AM
Ask the Wisconsin Department of Tourism. They came up with Gemütlichkeit, so they might be able to help.

Germans love making compound words for conceptual things that are 20 letters long. "One who bats leadoff in baseball" would certainly be in the wheelhouse for such a word.

I believe the term we would want in this case would be der Zuerstenschlagmann.

It speaks highly of TD readers that they're trying to suss out the actual German for this scenario. Couple of y'all did something at college besides keg stands, and I'm proud of you.

Abfuhren der Schlagmann - my guess for "lead-off batsman", but might also be translated as "first man to empty his bowels".Which, depending how well Kepler does leading off, might apply more to the opposing pitcher than to Max the Magnificent.

We need "translation" for this thread. My finger is tired of "copy, paste, post" to translate. Only to find some of posts for those"German" words, lead only to this thread.

But, as someone said, an "an interesting thread".

But, as someone said, an "an interesting thread". 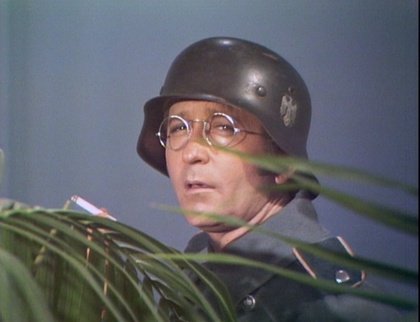