Dec 11 2020 08:10 AM | RandBalls Stu in The Lighter Side
The home of Minnesota’s new minor-league affiliate surprises some with its alleged proximity to the state’s largest city. Image courtesy of Flickr/Jerry Huddleston
Wednesday’s confirmation of the St. Paul Saints as the new Triple-A home for the Minnesota Twins was welcome news to many across the Twin Cities. For Minneapolis resident and lifelong Twins fan Devin Burkhardt, it also led to a surprising discovery.

The Twins ended their partnership with the Rochester (NY) Red Wings earlier this fall and are moving their Triple-A organization to CHS Field in St. Paul’s Lowertown neighborhood. They’re also changing their Double-A base of operations from Pensacola to Wichita.

“So, if you keep going past the U of M and the Fairgrounds, that’s where St. Paul is,” asked Burkhardt. “I just thought it was farms and the airport. This is pretty surprising.”

The team expressed excitement that fans could watch up-and-coming prospects and rehabbing veterans at one of the country’s best minor-league facilities, just a short distance from Target Field.

“It says here that St. Paul is the capital of Minnesota,” said Burkhardt as he read the city’s Wikipedia entry. “How come no one talks about this? I always thought it was Duluth, but there’s nothing on their Instagram about it, so it checks out. Totally explains the whole 'Twin Cities' thing too.There's two cities! Wild.”

Twins President Dave St. Peter told The Athletic’s Dan Hayes that the team was “ecstatic. We couldn’t be more thrilled from a player development perspective of the way things turned out.”

“Do they have coffee shops or elevated pub fare in St. Paul,” asked Burkhardt. “Do they use money or is it like a barter system? Are there roads? I’ll be honest, this really threw me for a loop.”

The team expressed hope that fans would be able to attend Saints games in person this season, depending on progress being made against the COVID-19 pandemic.

“This could be a prank, like a Borat thing,” speculated Burkhardt, referencing the Sacha Baron Cohen character. “I’ve lived in Minneapolis my whole life. Someone should have brought up St. Paul by now. It’s a brilliant bit. They've got me fooled.”

Devin's also upset that he now has to take a new route to the AAA ballpark. It was so much easier taking I-35 all the way to Rochester to watch the Red Wings!

I always thought the Green Line transferred it's passengers to horse and buggy once they reached the Mississippi River. Expect the hay stocks to skyrocket with this new partnership. These horses are going to need a helluva lot of hay to get through this new surplus of fans!

This isn't too far off -- this article describes how Woodbury was not too long ago.

Good one, RBStu. You had me, right up to the very end. Yeah, like a Borat thing. Let's see how many rubes drive eastbound on I-94 and fall off the edge, as a result of your article. Epic prank. Hope the witness protection program, or whatever you use to hide, works well in the aftermath. 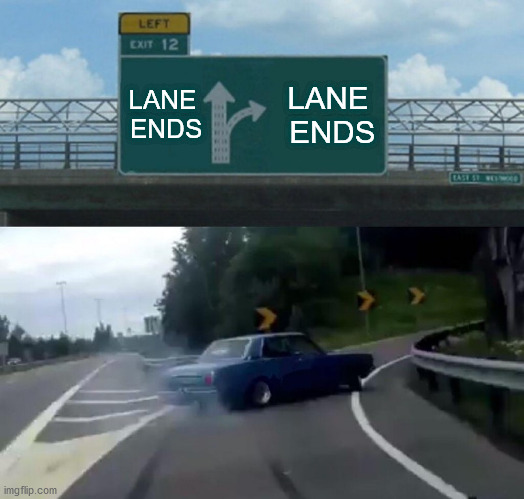 Looking at Saints game of the past...good luck getting tickets!

One of my favorite pieces of writing on the "Minneapolis vs. St. Paul" debate (yes, out-staters, this is a thing)

Growing up we noted that people from Minneapolis had limited intelligence and thus the alphabetical and numerical streets/avenues to allow for their citizens to find the way home from their Protestant churches. In St. Paul we had neighborhoods and the streets were just randomly named and the numbering system was whatever because any kid could remember where he was and knew where to get to from there. The individual parts of the city had cliches aplenty too. Finally, it was a sin to cross into Minneapolis, where the boys were weak and the girls ....

Minneapolis is great in many ways. Definitely not trying to shame anyone here.

From where I live Minneapolis is an hour away. St. Paul about four decades.

Randballs Stu sure creates some fun satire ... chuckles all around - good stuff.

Devin's also upset that he now has to take a new route to the AAA ballpark. It was so much easier taking I-35 all the way to Rochester to watch the Red Wings!

And yeah, i am envious of modern times for being able to google things. Hearing a prospect was playing in Rochester when i was growing up there left me confused as to why i couldn't go to a game and watch them. Google woulda straightened me out right quick.

Going to St. Paul should require a passport. It's like a different country.

St. Paul is Minneapolis-ifying the old Ford plant site as we speak. Maybe the two cities are growing closer as they age?

"Someone should have brought up St. Paul by now."

This made me laugh. Normally, once I read the headline, the joke's done for me, but this was a good line.

Longtime St. Paulite here. This is funny, of course, but in part because it rings so true.

So many of my Minneapolitan friends complain that they get lost in The Capital City. "But ... they don't use the alphabet or numerical sequences!" Pearl clutch.

On the other hand, the supposed N-E-S-W directions in downtown Mpls (skewed to follow the River, of course) threw me for a loop for a while.

And when people say things like "32xx 34th" I have to stop and think which is the Street and which is the Avenue. Particularly bad in Dinkytown, where we have things like 4th at the corner of 14th ...